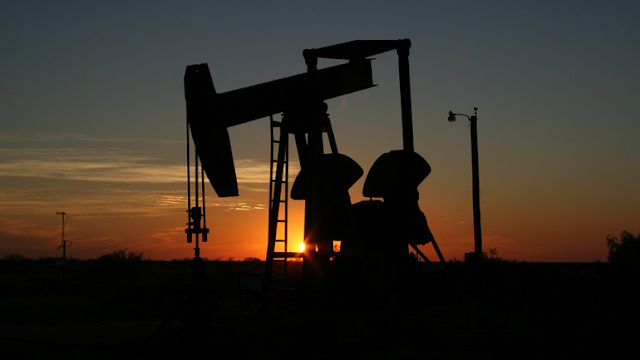 Oil futures fell Friday, but the U.S. benchmark remains on track for a more-than-3% weekly rise after a large fall in U.S. inventories and some cautious optimism on trade.

November Brent crude BRNX19, -0.53%, the global benchmark, lost 45 cents, or 0.7%, to trade at $60.04 a barrel on ICE Europe, leaving it with a 1.2% weekly rise. Brent is off 7.6% for the month.
China’s foreign ministry on Friday said U.S. and China negotiators were maintaining effective communication, Reuters reported. Oil was rocked earlier this month as investors dumped assets perceived as risky following escalating tariff announcements by Beijing and Washington that heightened worries over the global and U.S. economic outlook.

Oil was buoyed this week, however, as both sides appeared to keep prospects alive for talks next month. Crude was also lifted after government data on Wednesday showed a much larger-than-expected decline in weekly crude inventories.

“Energy prices benefited greatly [this week] from a huge drop in U.S. stockpiles and some constructive rhetoric from the U.S.-China trade war,” said Edward Moya, senior market analyst at Oanda, in a note. “Today’s 1% drop with oil could be short-lived as we see hurricane season pickup and we will likely see tensions pickup again in the Persian Gulf.”

Hurricane Dorian is expected to hit Florida over the Labor Day weekend. The National Hurricane Center said the Category 2 storm is expected to strengthen into a potentially catastrophic Category 4, with winds of 130 miles per hour.