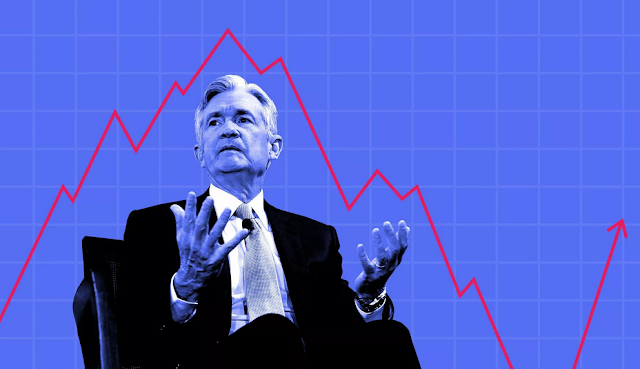 The Federal Reserve does not see problems in the U.S. economy that warrant an immediate change in its policy, and it will be careful not to shock financial markets as it stabilizes its bond portfolio, Fed Chair Jerome Powell said on Friday.

The U.S. central bank is nearing a major milestone in its efforts to unwind economic stimulus measures enacted to fight the 2007-09 recession.
In a wide-ranging speech at Stanford University, Powell said the Fed was “well along” in discussions on a plan to end a runoff of its balance sheet, which ballooned during and after the recession.

While there were “cross-currents” pointing to economic risks, none were flashing warning signals serious enough for the Fed to change its interest rate policy stance, he said.

“With nothing in the outlook demanding an immediate policy response and particularly given muted inflation pressures, the committee has adopted a patient, wait-and-see approach,” Powell said in prepared remarks, referring to the Fed’s policy-setting Federal Open Market Committee.

He said the Fed would soon communicate details of its plan to stop shrinking its $4 trillion balance sheet later this year. His remarks appeared aimed at reassuring financial investors that the Fed would take pains not to shock investors.

“As we feel our way cautiously to this goal, we will move transparently and predictably in order to minimize needless market disruption and risks to our dual-mandate objectives,” he said. The Fed’s dual mandate is for maximum employment and the maintenance of stable prices.
Powell’s remarks were the last from any Fed policymakers until the conclusion of the Fed’s next policy-setting meeting, to be held March 19-20.

His remarks came after the Labor Department on Friday reported that U.S. employment growth almost stalled in February, a sign of a sharp slowdown in economic activity in the first quarter.
The Fed had released a statement in January that suggested it was no longer sure if it would continue raising interest rates, after hiking rates four times in 2018. Markets may look to the Fed’s quarterly interest-rate-hike projections, to be released after the Fed’s upcoming March meeting, for clues of when it might continue with rate hikes.

On Friday, however, Powell warned against reading too much into those forecasts, noting that in the past markets at times had misread them as policy promises. He said he asked a small panel of fellow Fed policymakers to figure out a better way to communicate their role.
In December the rate-hike forecasts suggested policymakers expected two rate hikes this year. Markets currently expect none.

Powell also called out the need for the Fed and other central banks to find better ways to deal with pervasive low inflation, and said that as the Fed reviews options this year, it ought to pay serious attention to strategies that would drive inflation higher to make up for past bouts of sluggish inflation.
But Powell said he sees a “high bar” for any fundamental changes to the Fed’s current approach because of the potential of inadvertently undermining the public’s confidence in the U.S. central bank’s commitment to fighting inflation.