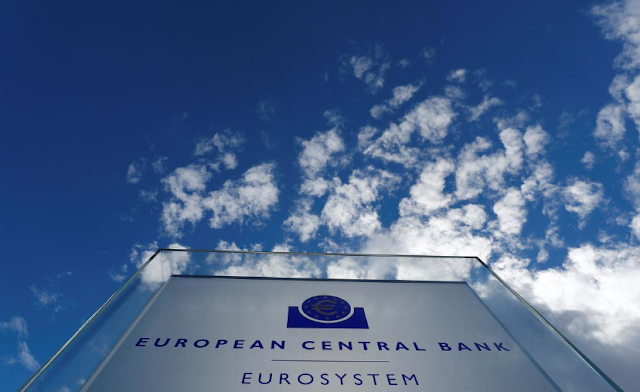 The European Central Bank changed tack on its tightening plan on Thursday, pushed out the timing of its first post-crisis rate hike until 2020 at the earliest and offering banks a new round of cheap loans to help revive the euro zone economy.

The bolder-than-expected move came as the U.S. Federal Reserve and other central banks around the world are also holding back on rate hikes. It underlined how a global trade war, Brexit uncertainty and simmering debt concerns in Italy are taking their toll on economic growth across Europe.

It casts ECB President Mario Dragio once again as nurturer of confidence in the bloc’s still-fragile economy, only months after the bank announced the end of four years of unprecedented asset purchases, and as Draghi himself prepares to hand over the reins to a successor later this year.
Whereas the bank had previously said rates would remain at their record low levels through the summer, it said it now expected them to stay there “at least through the end of 2019”.

While investors had long stopped pricing in an ECB rate hike this year, few expected the bank to change its policy message at this meeting. The surprise move caused yields on government bonds and the euro to fall after the announcement.

“We are (in) a period of continued weakness and pervasive uncertainty,” Draghi told a news conference as he announced cuts to the bank’s growth and inflation targets.

Noting that, unusually, the ECB had not changed its assessment that risks are tilted to the downside even after the policy changes, Draghi cited external factors such as protectionism, the still-uncertain nature of Brexit and vulnerabilities in emerging markets.

The ECB now sees euro zone growth at barely 1.1 percent this year, compared to the 1.7 percent it projected in December.

In addition, the ECB launched a third Targeted Long-Term Refinancing Operation (TLTRO III) consisting of two-year loans partly aimed at helping banks roll over 720 billion euros in existing TLTROs and so avoiding a credit squeeze that could exacerbate the current economic slowdown.
Commercial banks have already started restricting credit in the face of falling industrial output and exports, threatening to reinforce the slowdown.

As reported by Reuters, the new loans will carry a floating rate tied to the ECB’s main refinancing operation, currently set at zero.
“Like the outstanding TLTRO program, TLTRO-III will feature built-in incentives for credit conditions to remain favorable,” the ECB said.