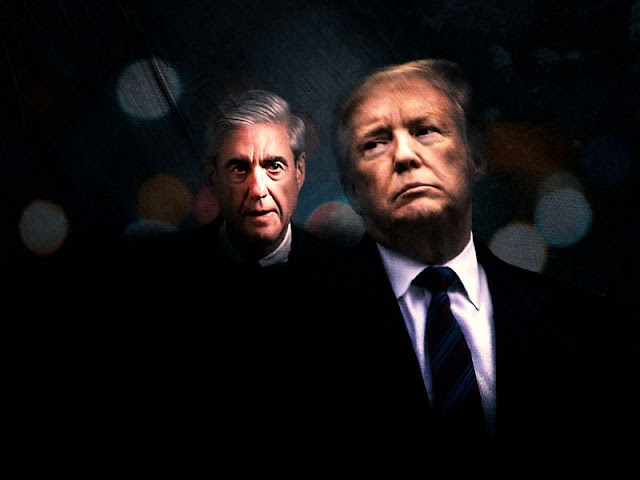 Attorney General William Barr’s report summarizing principal findings from Special Counsel Robert Mueller are expected to be delivered to Congress on Sunday, a person familiar with the matter said, as Republicans and Democrats jockeyed for position on how much information the public should see.
Mueller submitted the still-secret document to Barr on Friday evening, capping an investigation into whether President Donald Trump or those around him conspired in Russia’s interference in the 2016 election, a probe that’s cast a cloud over Trump and his administration for almost two years.

“Congress needs that evidence, and the American people need that evidence to make judgments,” House Judiciary Chairman Jerrold Nadler, a Democrat from New York, said on CNN’s “State of the Union,” one of three appearances on Sunday talk shows. “If we have to, yes, we will certainly issue subpoenas to get that information.”

Barr, 68, who was sworn in as Trump’s second attorney general about five weeks ago, is working with Deputy General Rod Rosenstein to figure out how to present Mueller’s conclusions, a Justice Department official said. Rosenstein appointed Mueller, a former FBI director, as special counsel in May 2017.

Trump returned to one of his golf courses in Florida Sunday, after having played on Saturday while spending the weekend at the Mar-a-Lago resort in Palm Beach.
The president is in a good mood because he doesn’t see any new legal threats emerging from the Mueller probe, and doesn’t believe federal prosecutors in New York will be able to open up any new fronts in their investigation, said two people familiar with the matter.

Trump has also expressed satisfaction with how Barr has handled the probe’s ending so far, even joking about what it would have been like if Jeff Sessions -- whom he fired in November -- still ran the Justice Department, the people said.

“The next steps are up to Attorney General Barr, and we look forward to the process taking its course,” White House Press Secretary Sarah Sanders said in a tweet. “The White House has not received or been briefed on the Special Counsel’s report.”

Republican Senator Ted Cruz joined calls for “full transparency” in releasing Mueller’s report to the public Sunday on CNN. A Fox News poll completed before the special counsel delivered his report to Barr found 80 percent of respondents want the document to be made public.

Meanwhile, the top Republican on the House Judiciary Committee, Representative Doug Collins of Georgia, on “Fox News Sunday” advocated releasing information “to the maximum extent permitted by the law,” adding that the Justice Department shouldn’t turn over all investigative materials so that Democrats could launch “purely partisan investigations” aiming toward impeachment of the president.

Delivery of the report is only the beginning of a struggle between Barr, lawmakers and the White House over how much of Mueller’s findings -- and the evidence behind them -- will be disclosed to Congress and the public. That fight is likely to escalate from social-media wars between the president and his critics to hearing rooms on Capitol Hill and ultimately to the Supreme Court.

Democrats, including the pack of 2020 presidential hopefuls, called for the Mueller report to be made available to Congress and the American public as soon as possible.
Republicans quickly pointed to a line in a letter Barr sent to Congress on Friday where he said Mueller reported no instances when he was told not to take a specific action in his wide-ranging probe.