$70 Oil Is Right Around the Corner 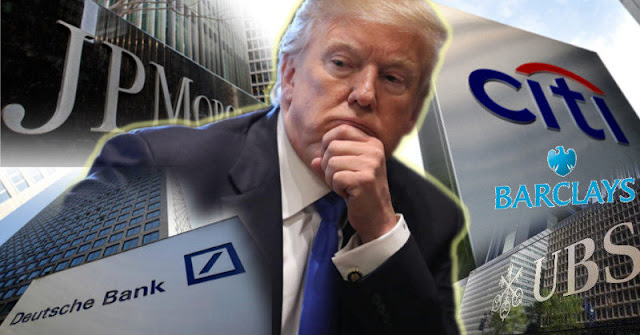 Oil traders are taking on an “overly bearish tone,” paying too much attention to Trump’s tweets, macroeconomic fragility and expected U.S. shale growth.
“We think more critical and bullish determinants of the oil price and oil price volatility in the year ahead are worth reviewing,” Barclays wrote in a March 3 report. While there are plenty of signs that the global economy is slowing – weak car sales and manufacturing data from China, flat growth in Europe, and a slowing GDP rate in the fourth quarter for the U.S. – oil demand has held steady.
The main source of uncertainty and oil market instability this year, Barclays says, is how OPEC+ responds to U.S. government policy. That’s a tricky conclusion since U.S. policy, as well as the decision-making process, is itself impossible to predict. But while many other analysts have argued that Trump’s actions are increasingly one of the major sources of uncertainty in the oil market, Barclays says OPEC will carry more weight.
“We retain our more bullish view of $70 Brent for the year, but we are not taking it easy like President Trump and Minister Al-Falih and see new risks to the downside. We think the biggest source of uncertainty for oil markets this year is not the US, but OPEC’s response to US policy decisions,” Barclays said. The bank says that there is a “tight price range where both are happy.”
The Trump administration has roughly 2 million barrels per day of oil supply under sanctions in Venezuela and Iran. These volumes could go offline or could be “released” into the market, depending on which way Trump wants to go.
From there, the permutations become even harder to analyze because OPEC+ will have a variety of choices on how to respond to policies coming out of Washington.
How Saudi Arabia responds will be even more influential. By nearly all accounts, Saudi Arabia is going to be less willing to shield the U.S. from higher prices as it did last year. Budgetary pressure means that Riyadh has almost no incentive to facilitate a lower oil price scenario. Plus, the U.S. already called upon Saudi Arabia last year to increase output and lower prices, something that perturbed Saudi officials when prices crashed.
Meanwhile, even though the Trump administration has leverage over Saudi Arabia, including the possibility of NOPEC legislation, the U.S. government also relies on Saudi Arabia for other strategic objectives. That could mean backing off Saudi Arabia when it comes to oil policy goals, while rhetorically bashing OPEC. The result could be higher prices as Riyadh balks at production increases.
A second major reason why oil prices could rise in the near-term is that the global economic dangers may not be as pronounced as they seemed a few weeks ago. Europe and China, in particular, have demonstrated weak economic signals, but there is also evidence that perhaps the worst is behind them. Oil demand has held steady, so fears of a more serious economic slowdown may be overblown, Barclays said.
Finally, Barclays says that U.S. shale could slowdown, notwithstanding the huge production growth and larger-than-expected output figures in the last few months. In fact, the investment bank notes that the industry spent more than expected in the fourth quarter while 2019 budgets are coming in lower than expected. That suggests the industry front-loaded some spending, so the slowdown may only now begin to crop up. In other words, U.S. oil production figures continued to reach new heights, but that doesn’t mean that explosive growth can simply be extrapolated forward.
The investment bank says that the surplus that emerged in the fourth quarter of 2018 may take time to work through, which means that inventories could pick up in the first quarter of this year, keeping prices in check. But the market has been “overly bearish.”