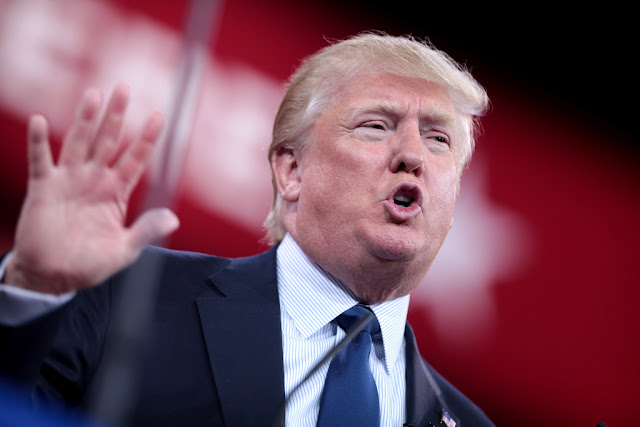 President Donald Trump says he’s prepared to keep part of the U.S. government shut down for more than a year if necessary to get the money he wants for a wall on the Mexican border.
But a series of deadlines over the next seven weeks will increase pressure on Trump to cut a deal to end a shutdown that could soon become the longest in history. Hundreds of thousands of workers at nine Cabinet departments and other agencies will soon start to miss paychecks, and the longer the standoff continues, the more consequences Trump and Congress will face -- including shuttered courts, filth piling up in National Parks, and delayed tax refunds.

Later in the year, unrelated issues will compound the shutdown’s problems -- the U.S. debt limit will need to be increased, and Congress will have to strike a deal with Trump to prevent steep, automatic cuts in federal spending.

Trump said at a news conference on Friday that “I’m very proud of what I’m doing” and invited reporters to call it “the Schumer or the Pelosi or the Trump shutdown,” referring to Senate Minority Leader Chuck Schumer and Nancy Pelosi, the new House speaker.
“Doesn’t make any difference to me. Just words,” he said.

Vice President Mike Pence and other administration officials met Saturday and Sunday with senior congressional aides, producing no breakthroughs as Democrats and Republicans remained far apart in their demands. No further meetings of the group are scheduled.

One of Trump’s opponents says his insistence on a wall as part of any deal to reopen the government is more like extortion than the normal legislative process. Senator Angus King, a Maine Independent who caucuses with Democrats, told MSNBC Monday, “He’s styling this as a wall or nothing, and that’s just not the way we make policy in this country.”

Here are some key upcoming dates and why they could shorten the shutdown:

For about 800,000 federal workers on furlough or working without pay, this is the date they’ll miss their first paycheck. That milestone will significantly escalate the political pain of the shutdown. While federal workers are not allowed to strike, many can be expected to eventually walk off the job and go work elsewhere -- a challenge for maintaining services like the TSA -- essential for air travel.

The longest shutdown on record was in 1995. The government was closed for 21 days because President Bill Clinton and congressional Republicans, in charge of both chambers for the first time in more than 40 years, couldn’t agree on a spending plan.

President Trump is scheduled to travel to Davos, Switzerland, to address global political and business leaders at the World Economic Forum, and he may have to do so while the self-styled deal-maker can’t get his own government re-opened.

Trump will give his second State of the Union address in the House chamber -- with Pelosi sitting behind him. The backdrop of a government shutdown would cast a pall on what is usually a highlight of the year for any president.
“He doesn’t like getting upstaged,” said Doug Holtz-Eakin, president of the American Action Forum and former director of the Congressional Budget Office. He thinks this date is the first important milestone for the president.

In previous shutdown contingency plans, the Internal Revenue Service was prohibited from issuing income tax refunds, which averaged about $2,899 per check in 2018.
But Russell Vought, acting director of the White House Office of Management and Budget, told reporters Monday that the administration would direct the IRS to issue refunds even if the shutdown extends into tax filing season.
Holtz-Eakin said there should be considerable overlap between Trump’s voter base and the kind of Americans who seek -- and need -- early tax refunds. “That’s why it matters so much,” he said.

The current suspension of the U.S. debt limit expires. With extraordinary measures, the U.S. government could likely continue normal operations into the summer. Still, March 1 becomes another pressure point for the impasse to be resolved, and the longer a shutdown continues, the more likely other budget items -- like a deal to prevent automatic spending cuts in 2020 -- get wrapped into the talks.

The Census Bureau is shuttered, preventing work on the decennial count of every American -- data crucial to allocate federal spending and redraw congressional districts. A shutdown hurts the Trump administration’s ability to conduct the Census on its terms.