The World Economy Faces Some Pivotal Health Checkups This Week 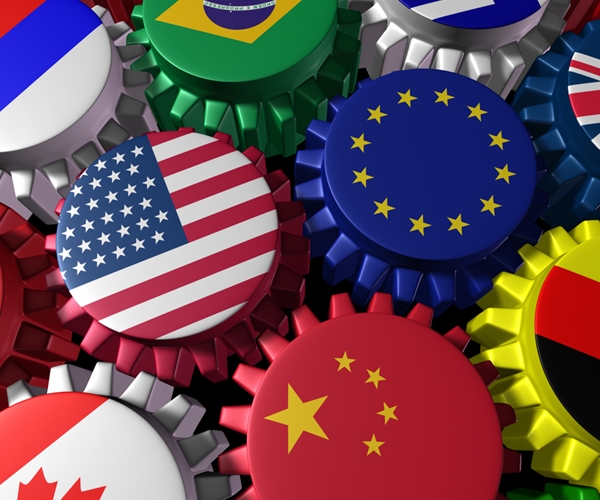 With the world’s three major economic engines all showing signs of fatigue, the week ahead will provide plenty of opportunities to see whether expansions in Asia, Europe and the U.S. are holding up through myriad uncertainties. From trade wars to Italian GDP and Aussie inflation, there’s a packed calendar of market-moving news in the days ahead.

There’s a triple whammy of events on Wednesday, which kicks off with the Treasury Department’s latest quarterly debt-sales plans. These decisions have taken on greater importance as the government’s finance department ramps up sales of bills, notes and bonds to fund a widening budget deficit.
On the same day, China’s Vice Premier Liu He sits down with U.S. Trade Representative Robert Lighthizer for two days of trade talks. This isn’t necessarily a make-or-break moment, but nervous investors have been hanging on every bullish and bearish twist in the trade war ahead of a March 1 deadline to reach a deal.
Wednesday afternoon features Federal Reserve Chairman Jerome Powell’s first monetary policy decision of the year. While the chance for an interest-rate move is near zero, reporters at his now regular post-FOMC press briefing will grill him on everything from his level of “patience” before the next hike to his plans for the central bank’s $4 trillion balance sheet.
Friday’s employment report will offer one the clearest glimpses into the U.S. economy’s health in weeks, after many delayed reports during the government shutdown that ended last week. A Bloomberg survey of economists shows a median forecast for a gain of 160,000 in nonfarm payrolls in January, fewer than recent months but enough to keep the unemployment rate at 3.9 percent.

Almost every economic number out of the euro area recently has disappointed, and it’s prompted European Central Bank policymakers to rethink the outlook. President Mario Draghi said last week that risks have “moved to the downside,” a clear acknowledgment of the weaker economic situation.
Next week sees the release of gross domestic product data from France, Italy, and Spain for the fourth quarter, as well as the first estimate for the 19-nation eurozone. The Italian number will be in the spotlight because there’s a chance the euro region’s third-biggest economy slipped into a recession.
For clues into the outlook, economic confidence figures for January are due Wednesday. The portents for that aren’t good: In Germany, business sentiment plunged this month, according to a report on Friday.

The main event in Asia will be Thursday’s release of January PMI data for China. That report ought to give a better clue as to how much the world’s second-largest economy is suffering from the trade slowdown and how robust it will prove in the first quarter. Economists see the gauge notching down further below the 50 line that indicates contraction.
Japan releases industrial production data on Thursday, with economists expecting output to have dropped in the final month of last year. The same day, the Bank of Japan releases a summary of opinions of its Jan. 22-23 meeting, at which it kept stimulus unchanged.
South Korean export figures due Friday will provide an early insight into the state of global trade and demand in January.
Elsewhere, watch out for India’s budget and the release of Australia’s consumer price index.