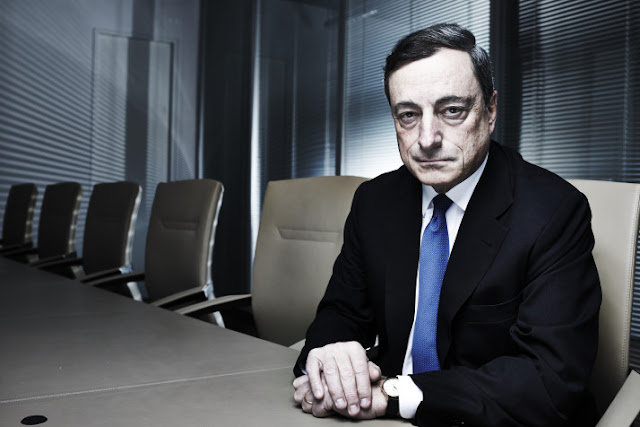 Mario Draghi is running out of time to say whether he’ll shake up the responsibilities of his top officials to ensure smooth leadership in the supervision of the region’s banks.

The European Central Bank president faces a deadline of Feb. 11, when Executive Board member Sabine Lautenschlaeger’s non-renewable five-year term as vice chair of bank supervision expires. He should technically give the post to another board member and allocate Lautenschlaeger a new portfolio.

The changeover comes at an awkward time though. A new head of the supervisory arm has only just started, and the institution is bracing for an influx of big banks when the U.K. leaves the European Union in March. No board member except Vice President Luis De Guindos, who has been with the ECB less than a year, could serve a full supervisory term before their time on the Executive Board is up.
All that has prompted some ECB policy makers to consider whether Lautenschlaeger’s term could in fact be extended.

A major hurdle is that she has repeatedly told colleagues she’s unwilling to stay, according to people with knowledge of the matter who spoke on condition of anonymity. Lautenschlaeger and an ECB spokeswoman both declined to comment.

Even if she can be persuaded, the ECB risks undermining its credibility by changing its procedures.
“The ECB calls on banks and countries to follow the rules, so it would be surprising if they bent their own,” said Mascia Bedendo, a professor of finance at Audencia Business School in Nantes, France. “I wouldn’t expect Draghi to change them to extend Lautenschlaeger’s term, but exceptional times can call for exceptional decisions.”

Draghi decides the portfolios of the six Executive Board members, but the supervisory vice chair must also be nominated by the ECB’s Governing Council and agreed by the European Parliament. The council is scheduled to meet Jan. 23-24 to set monetary policy, and on Feb. 6 for other matters, and lawmakers in Brussels might well be sympathetic.

“We consider an extension of Sabine Lautenschlaeger’s term as clearly possible based on the existing law,” Roberto Gualtieri, chairman of the parliament’s Committee on Economic and Monetary Affairs, said by phone. “Approval by the parliament would be needed, but it could be done by way of a simplified procedure.”

Draghi may wish to leave the decision until the last minute in the hope of more clarity on another key appointment. EU finance ministers have until the end of this month to nominate replacements for Peter Praet, whose Executive Board term ends in May, with a final choice targeted for mid-February.

While Ireland’s Philip Lane is widely tipped as the frontrunner, that’s not guaranteed, and Draghi will have to decide whether the winner also takes on Praet’s role as chief economist.