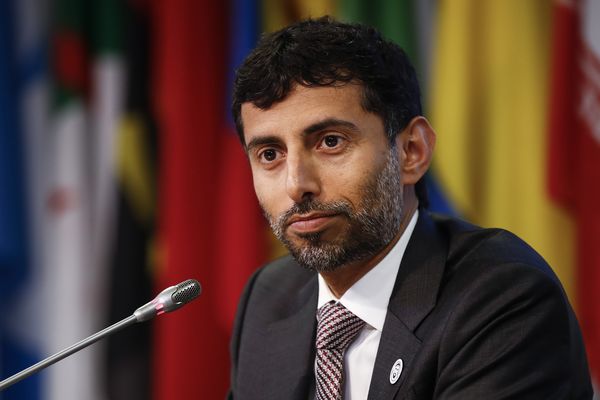 OPEC hasn’t even started implementing its new six-month agreement to cut output, and already members responsible for most of the reductions have pledged to extend or even deepen it.
Officials from Iraq, Kuwait,, and the United Arab Emirates agreed with Saudi Arabia’s expectation that the group, along with Russia and other oil producers, will extend the agreement for another six months. The U.A.E.’s energy minister, while stressing that the 1.2-million barrel-a-day cut will clear an inventory buildup in the first half, hinted additional curbs could be discussed.
“The planned cuts have been carefully studied, but if it doesn’t work, we always have the option to hold an extraordinary OPEC meeting and we have done so in the past,” Suhail Al Mazrouei, who is also OPEC president, said in Kuwait. “If we are required to extend for another six months, we will, if it requires more, we always discuss and come up with the right balance.”
Last week, oil capped its biggest weekly decline since 2016 on concerns that weakening economic growth and surging U.S. supply will lead to a surplus next year, overwhelming OPEC’s efforts to stabilize the market. The slide continued even after the Organization of Petroleum Exporting Countries and its partners surprised traders with the size of the supply reduction announced on Dec. 7.
Futures sank 11 percent last week in New York, the most since January 2016. The benchmark Brent crude traded below $54 a barrel, the lowest since September 2017.
At a press briefing in Kuwait, Iraqi, the U.A.E. and Algerian energy ministers took turns repeating the message that OPEC will deliver its 800,000 barrels per day cut and continue their cooperation with other producers to balance supply and demand.
Iraq’s oil minister Thamir Ghadhban said his country’s new membership into the OPEC+ monitoring committee “indicates that we are serious about meeting our commitments that will exceed what we’ve complied with in the past.”
OPEC cuts may end up being deeper than agreed because of planned maintenance and production snags in some member countries, Al Mazrouei said. Conflict, sanctions and aging oil fields have been factors that dragged on output in Libya, Nigeria, Iran, and Venezuela in recent years.
Saudi Arabia has volunteered to take the lead in trimming production by more than it has agreed. The world’s biggest oil exporter plans to pump 10.2 million barrels a day in January rather than the 10.3 million allotted to it in the OPEC+ agreement.
“Over-conformity is not new to Saudi Arabia,” said the kingdom’s OPEC governor Adeeb Al Aama. “Our conformity with the previous cuts was 120 percent between January 2017 and May 2018.”