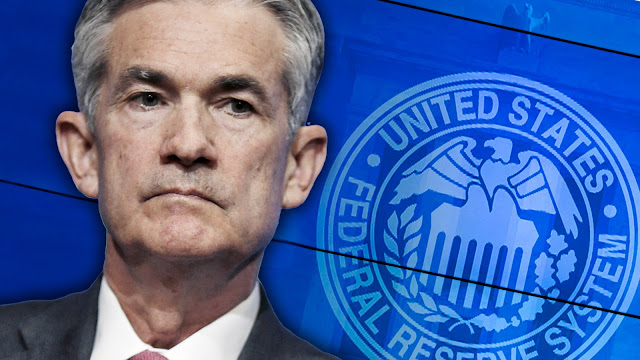 Just two days before the Federal Reserve is expected to raise interest rates for the fourth time this year, U.S. President Donald Trump and his top trade adviser on Monday ratcheted up their criticism of the central bank’s monetary tightening.

“It is incredible that with a very strong dollar and virtually no inflation, the outside world blowing up around us, Paris is burning and China way down, the Fed is even considering yet another interest rate hike. Take the Victory!” Trump wrote in an early morning tweet.


A few hours later, White House trade adviser Peter Navarro amplified that theme, calling the Fed “crazy” for having signaled, as it did in September, that it would continue to raise rates next year.
“The reason why the Fed shouldn’t raise interest rates on Wednesday is not that the economy’s slowing down, but because the economy’s growth without inflation,” Navarro told CNBC television. “I think what the Fed should do, is simply do what it says it’s going to do, which is look at the data ... rather than just saying you’re going to raise rates three times in the next year – that was crazy. Look at the data.”
Investors have bet heavily that the U.S. central bank will raise rates at the end of its two-day policy meeting on Wednesday as it delivers on a promise to raise rates gradually toward a neutral setting to keep the economy from overheating.
Many economists also see the Fed increasing rates next year, although at a slower pace in the face of a possible economic recession.
Trump has loudly and frequently blasted the central bank and Fed Chairman Jerome Powell for raising borrowing costs this year, especially as volatility has rocked the stock market and U.S. Treasury yields have begun to signal a possible recession ahead.
In an interview with Reuters last week, Trump said he needed the flexibility of lower rates to support the broader U.S. economy as he fights a growing trade battle against China, and potentially other countries.
With inflation meeting the Fed’s 2 percent target and few policymakers worried about it overshooting, Navarro suggested the central bank is raising rates for the wrong reason.
“We have zero inflation for all practical purposes, so on Wednesday, the only argument I’m hearing for the Fed to raise rates now, is that somehow they have to exert their independence from the White House,” Navarro said.