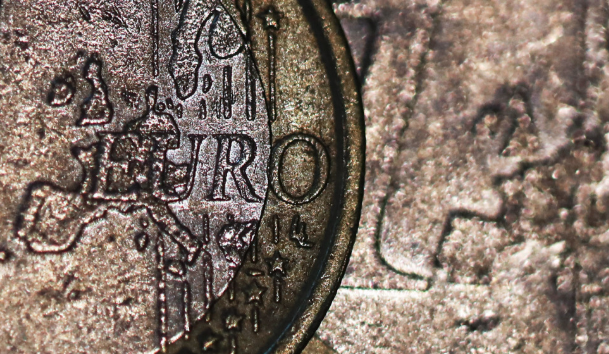 The euro could strengthen should European Central Bank President Mario Draghi stick this week to indications that monetary policy could be tightened next year, just as the Federal Reserve’s interest-rate path is thrown into doubt.
The common currency is benefiting from broad dollar weakness as traders question whether the Fed will continue to raise rates next year. The euro could rally if Draghi signals Thursday that at least one increase in 2019 is still on the ECB’s radar. Still, money markets suggest that the first hike in the deposit rate since 2011 will not happen next year.
The ECB is set to cap its asset-purchase program at 2.6 trillion euros ($2.97 trillion) by the end of this month but has yet to announce how it will reinvest proceeds from maturing bonds. With benchmark German bund yields hovering close to year-to-date lows, any signs of hawkishness could see them climb.
The euro rose 0.3 percent to $1.1395 as of 11:54 a.m. in London. The yield on German 10-year bunds climbed two basis points to 0.27 percent.
Here’s what strategists have to say on the ECB’s final meeting of the year on Dec. 13: