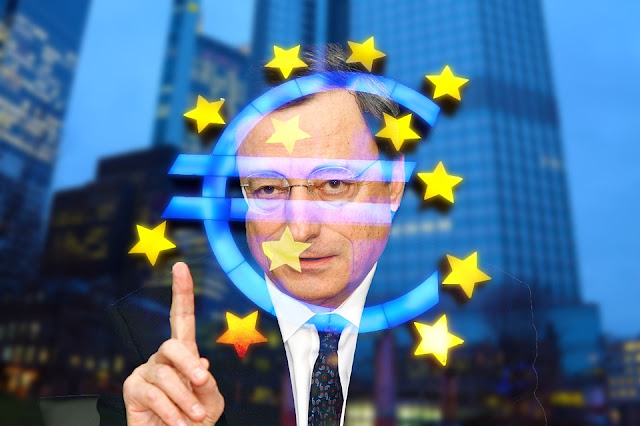 Mario Draghi said risks to the euro-area economy are worsening even as he called time on the European Central Bank’s flagship deflation-fighting tool.
The ECB president told reporters that while risks are still ‘broadly balanced,” they are now “moving to the downside” because of a range of concerns over geopolitics, trade protectionism and market volatility. That’s a significant change in language and was reflected in updated economic projections that downgraded the immediate outlook for inflation and growth.
The euro dropped in a sign that investors are uncertain how much support the ECB will offer should the economy deteriorate further. Draghi was speaking after policy makers took the landmark decision to halt quantitative easing this month after almost four years of purchases that added 2.6 trillion euros ($3 trillion) to the institution’s balance sheet.