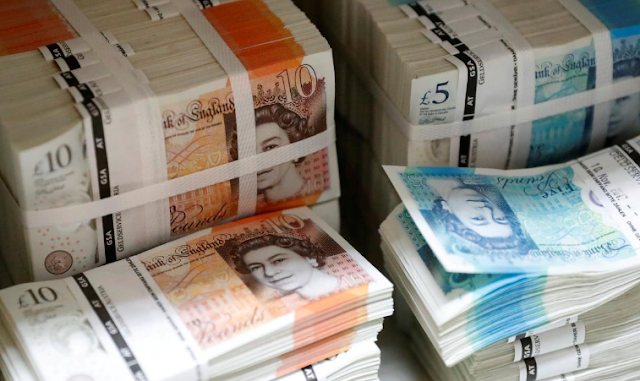 The British pound rose towards a two-week high on Tuesday after the dollar fell following comments from U.S. President Donald Trump that he was unhappy with the Federal Reserve for raising interest rates.

Sterling has recovered in recent sessions from a 14-month low, rising two cents from $1.2662 plumbed last week, helped by dollar weakness and some investors sensing a buying opportunity after the pound’s recent slide.

But with the British Brexit minister headed to Brussels for the start of a series of talks aimed at averting the UK crashing out of the European Union next March without a trade deal, investors remain nervous, curbing potential gains for the pound.

Underlining the uphill task that remains if the two sides are to agree, the British trade minister, Liam Fox, said on Tuesday that the EU risked damaging its standing in the world if it pursued a Brexit that put its own “ideological purity” ahead of the needs of its citizens.

Diplomats in Brussels told Reuters that EU leaders are likely to miss an informal October deadline for considering a Brexit agreement struck with Britain, and will have to hold an emergency summit in November.

With both sides seemingly far apart and the clock ticking, investors and companies are increasingly concerned that Britain will be unable to secure an arrangement with its largest trading partner before its scheduled EU exit date in March, 2019.

“That poor sentiment and substantial Brexit risk premium is unlikely to change and could even get worse over the short-term given the UK government is set to release 84 no-deal preparation notices,” MUFG analysts said in a note.

“With only eight weeks until we reach the self-imposed deadline for a withdrawal deal to be finalised, downside risks will persist.”

Pushed higher by investors selling the U.S. dollar on Tuesday, however, the pound rose to as high as $1.2871, up half a percent on the day.

Sterling also managed to rise against the euro, overcoming earlier weakness. It gained 0.3 percent to finish as strong as 89.520 pence per euro.

CMC Markets analyst David Madden noted that the pound had been in a downtrend against the dollar since April, adding: “If the bearish move continues it could target $1.2590. Pullbacks might run into resistance in the $1.2957 to $1.3000 region.”