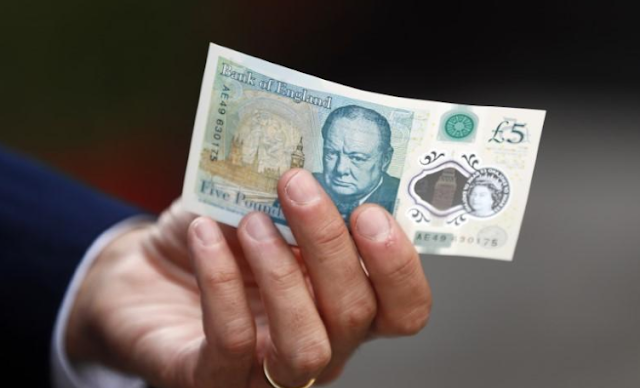 The pound traded near 13-month lows on Monday, as investors bet on continued dollar strength and uncertainty over whether Britain would secure a trade deal with the European Union before it exits the bloc.

Sterling lost almost two percent of its value last week because of growing unease among investors that Britain was headed for a future without an established relationship with its largest trading partner, the EU.

Warnings this month from Bank of England Governor Mark Carney and trade minister Liam Fox, that the prospect of a no-deal Brexit was growing, triggered the recent slide.

Sterling was largely reacting to a broad rally in the dollar, fuelled by investors rushing into safer assets on fears of market contagion from a dramatic slide in the Turkish lira.
Strong employment or inflation data — both reports are due this week — are unlikely to help the pound significantly, analysts said.

That is because of political uncertainty over Brexit and the fact markets are not pricing in another Bank of England interest rate increase until at least next year.

“The uncertainly of a ‘no-deal Brexit’ is likely to weigh on the pound, and traders could remain cautious until there is more clarity around the UK’s plans post leaving the EU,” said Societe Generale analyst Guy Stear.

Against the euro, the pound has held up better as demand for dollars has held back the euro.
The pound traded flat at 89.38 pence per euro, above its recent 2018 lows of 90.30 pence.

Sterling has been pushed lower as investors rush to protect themselves from further weakness in the run-up to Britain’s exit from the EU next March. Most investors still expect Britain to secure a trade deal with the EU, but the risk of no deal is rising.

Some analysts see sterling falling by another 10 percent in the coming months should Britain fail to clinch a deal on future trade ties, luring more speculators to bet against the currency.