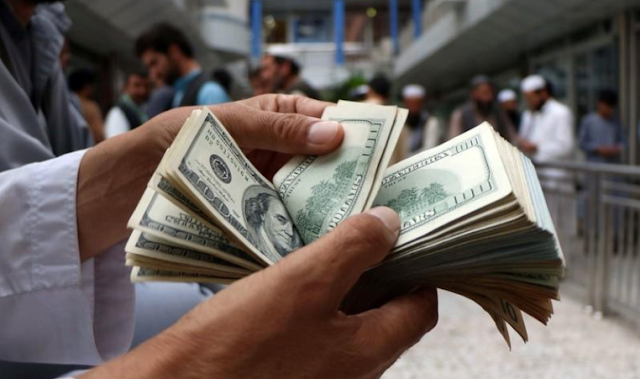 The dollar started the third quarter on a positive note on Monday, benefiting from mounting global trade tensions and political developments in Europe, as investors scooped up the greenback as a safe-haven bet.

Tension is growing ahead of a July 6 deadline when Washington is due to impose $34 billion of tariffs on Chinese exports, with two surveys of Chinese manufacturing out in the last few days showing a softening in activity, partly due to softness in exports.

Meanwhile, German Chancellor Angela Merkel was dealt a fresh blow when her interior minister offered to quit in an escalating row over migration policy, pushing the euro lower.

“The dollar seems to have benefited from safe-haven flows ... as trade tensions and political developments in Europe have reduced investors’ appetite for risk,” said Oliver Jones, market economist at Capital Economics in London.

But Jones noted that even if global and trade worries ease, the dollar will remain supported.
“Given the outlook for U.S. monetary policy, we think that the currency will be supported by another pick-up in Treasury yields this year should a full-blown trade war be avoided,” Jones said.

Taking note of the rising dollar, BNP Paribas trimmed its end-2018 forecasts for the euro and sterling.
In afternoon trading, the dollar index was up 0.4 percent at 95.048

The dollar further extended gains after the Institute for Supply Management’s manufacturing index showed a reading of 60.2, higher than the market forecast of 60.2, while U.S. construction spending rose 0.4 percent in May.

“The ongoing good news should make manufacturers happy, and continues to suggest robust gains in the second half,” said Michael Montgomery, U.S. economist, at IHS Markit.

Latest positioning data remains broadly dollar-supportive and is an extension of themes seen in currency markets in recent days.