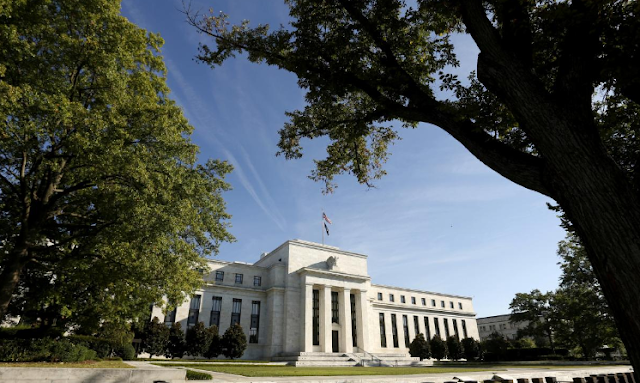 The Federal Reserve raised interest rates on Wednesday, a move that was widely expected but still marked a milestone in the U.S. central bank’s shift from policies used to battle the 2007-2009 financial crisis and recession.

In raising its benchmark overnight lending rate a quarter of a percentage point to a range of between 1.75 percent and 2 percent, the Fed dropped its pledge to keep rates low enough to stimulate the economy “for some time” and signaled it would tolerate above-target inflation at least through 2020.

The Fed has raised rates seven times since late 2015 on the back of the economy’s continuing expansion and solid job growth, rendering the language of its previous policy statements outdated.
Inflation is also snapping into line, with fresh projections from policymakers on Wednesday indicating it would run above the central bank’s 2 percent target, hitting 2.1 percent this year and remaining there through 2020.

Policymakers also projected a slightly faster pace of rate increases in the coming months, with two additional hikes expected by the end of this year, compared to one previously.