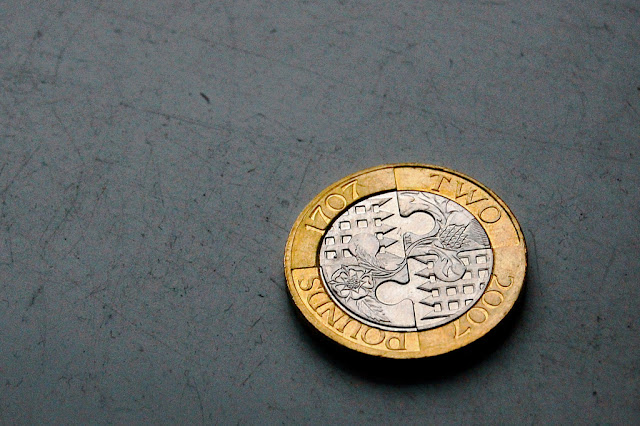 Sterling slid on Wednesday to a new five-month low after weaker-than-expected UK inflation dented the prospect of the Bank of England (BoE) raising interest rates this year.

The pound had been one of the best-performing currencies in 2018 but it has given up all its gains for the year following a broad rally in the dollar and signs Britain’s economy is slowing.
Data on Wednesday showed annual consumer price inflation cooled to 2.4 percent, its weakest increase in over a year.
That sent sterling tumbling to $1.3305, its lowest since Dec. 15..
Investors priced in a one-in-three chance of the BoE raising borrowing costs in August — the next time it updates its economic forecasts — down from 50/50 earlier this week.
At 1500 GMT the pound was down 0.7 percent to $1.3341 and headed for its biggest daily loss in three weeks.
“All bets are off for an interest rate rise this year,” Fexco Corporate Payments head of dealing David Lamb said.
“If the UK economy continues to stagnate as it did in the first quarter of 2018, the window for raising rates will remain closed,” he said.

Risks around the sort of relationship Britain can agree with the EU for after their divorce have influenced the pound this week.
Britain’s foreign minister Boris Johnson on Tuesday said the country must ditch EU tariff rules as quickly as possible and run its own trade policy, Bloomberg reported.
But the biggest reason for sterling’s fall has been a drastic shift in market expectations for interest rate rises from the Bank of England because of economic weakness.
Consistently weak economic growth figures in early 2018, partly blamed on bad weather, have called into question whether the BoE will tighten monetary policy to curb inflation at all this year.
“It is starting to appear the weaker CPI is more structural and not just because of the bad weather,” Mizuho head of FX hedge fund sales Neil Jones said.
“Brexit uncertainty continues to weigh and may indeed put the BoE on hold throughout the summer and beyond,” he said.
UK gross domestic product figures due out on Friday will also be scoured for clues on monetary policy.