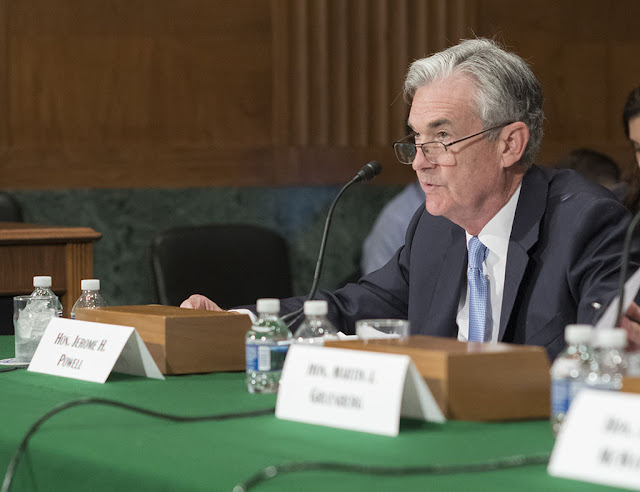 The readout of the meeting, released on Wednesday, also included a call by some policymakers to revise the Fed’s monetary policy statement soon to reflect that rates would be close or above long-run estimates before too long.
At the May 1-2 meeting Fed policymakers unanimously decided, as expected, to keep the benchmark overnight lending rate unchanged in a target range of between 1.50 percent and 1.75 percent.
“Most participants judged that if incoming information broadly confirmed their current economic outlook, it would likely soon be appropriate ... to take another step in removing policy accommodation,” the Fed said in the minutes.

The central bank has lifted borrowing costs once so far this year, in March, and policymakers are currently about evenly split between those who expect two more rate rises this year and those who anticipate three. Investors overwhelmingly expect a rate rise at the next meeting on June 12-13.

The Fed has been encouraged by continuing strength in the economy, viewing the Trump administration’s package of tax cuts as well as government spending as further boosting economic growth this year.

The U.S. unemployment rate is 3.9 percent, a 17-1/2-year low, while inflation is now effectively at the Fed’s 2 percent target after years of undershooting.

A number of Fed policymakers, including Chairman Jerome Powell, have been keen to stress they will tolerate inflation rising above the Fed’s goal for a time without undue concern.

This was reflected in the policy statement earlier this month, with explicit reference made to the 2 percent target being “symmetric.”
According to the minutes, policymakers once again debated the inflation path. Several noted that recent wage data provided “little evidence” of overheating in the labor market, while some others saw a risk that “supply constraints would intensify upward wage and price pressures, or that financial imbalances could emerge.”

One source of concern at the Fed has been uncertainty over U.S. protectionist trade policies and their potential negative effects on the economy. In speeches, policymakers have repeatedly said they are monitoring the situation.

After weeks of escalating trade tensions between the United States and China, negotiators appear to have made progress toward a deal that for now has put on hold threatened tit-for-tat tariffs that raised fears of a global trade war.
The minutes showed a number of policymakers said U.S. trade policy raised a “particularly wide” range of risks for economic activity and inflation, and some said the uncertainty could hurt business spending.

Policymakers also discussed possible changes to future policy statements to reflect that rates are getting close to a neutral stance, estimated to be somewhere between 2.3 percent and 3.5 percent.
For years the Fed has described its policy as “accommodative.” Some policymakers at the last policy meeting said “it might soon be appropriate to revise the forward-guidance language in the statement.”