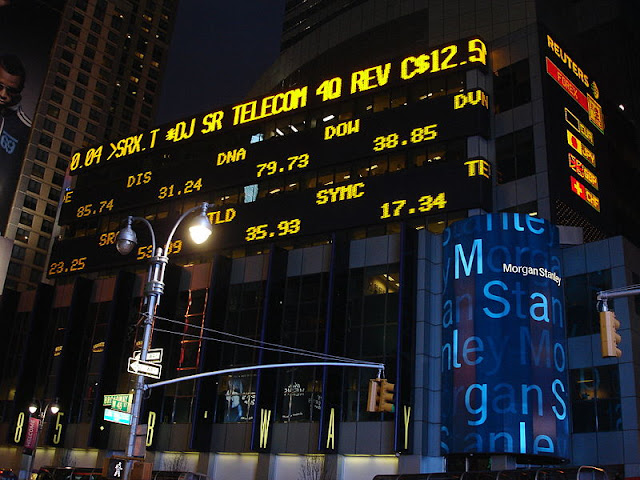 Mexico’s peso and Canada’s dollar are vulnerable to short-term weakness as talks drag on to salvage the North American Free Trade Agreement, with big swings only likely if a deal is reached quickly or the accord is scrapped altogether, according to Morgan Stanley.

Mexico’s currency could drop 10 percent if the deal is terminated, strategists including Michael Zezas wrote in a note Friday. On the other side of tail risks, if the pact is agreed to and signed this year, they would expect the peso to strengthen about 5 percent.

“FX is the main shock absorber for any change to the Nafta policy framework or to expectations,” the strategists said. Nonetheless, they wrote that while Mexican equities may gain just 2 percent from a deal, they could lose as much as 19 percent if Nafta is scrapped.

The U.S. on Thursday dashed hopes for a quick Nafta deal amid “gaping differences” on a number of topics, after Canadian Prime Minister Justin Trudeau York expressed optimism about reaching an agreement soon. If negotiators can’t reach at least a preliminary accord this month, any resolution may be a long way off. The U.S. doesn’t have much time to get a revised deal approved under the current Congress, with mid-term elections on Nov. 6.

Nafta isn’t the only driver for Mexican assets. With a broad consensus in the country that Nafta will either remain the same or get renewed, trade has now moved back to the No.2 investor focus behind the presidential elections set for July 1. The left-wing front-runner, Andres Manuel Lopez Obrador, has an 18 percentage point lead, helping send the peso down 8.7 percent since the end of the first quarter.

As for Canada, while Morgan Stanley sees some downside for the loonie in the short-term after it fell 2.5 percent this year, it says the main consequence of the Nafta deal timeline dragging out into 2019 would be for monetary policy.

“A longer timeline for Nafta settlement would serve to reinforce our expectations for a very shallow and cautious path for rate hikes from the Bank of Canada,” economist Robert Rosener wrote. “The BoC has said that Nafta-related uncertainty is already reducing investment and export growth.”
Morgan Stanley cautions investors not to get complacent about the risks surrounding Nafta, even if the most likely scenarios are fairly benign.

“The only case in which we could potentially see a broader contagion to risky assets is in the low-probability scenario of discussions taking a U-turn and Nafta being terminated,” the strategists wrote. “In this situation, markets could extrapolate the outcome into a harsher and broader U.S. protectionist narrative.”