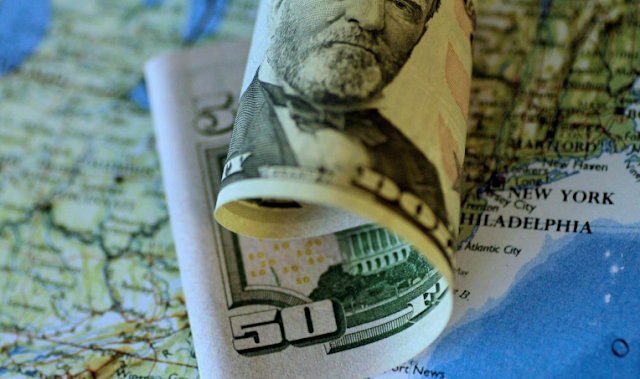 The U.S. dollar leaped to its highest levels this year against a basket of currencies on Friday despite disappointing U.S. employment data for April, before dropping back to trade little changed.

The U.S. economy added fewer jobs than expected and although the unemployment rate dropped to near a 17-1/2-year low of 3.9 percent, this was because some jobless Americans left the labor force.
Average hourly earnings rose 4 cents, or 0.1 percent, last month after gaining 0.2 percent in March. That left the annual increase in average hourly earnings at 2.6 percent.
“It is probably a pause, but it is nothing to stop the market,” said Steven Englander, head of research and strategy at Rafiki Capital in New York.
The dollar index .DXY jumped to 92.90, the highest level since Dec. 28, before falling back to 92.566, near where it was trading before the data was released. The greenback also broke above parity with the Swiss franc CHF=, rising as high as 1.0022 francs.
The dollar has gained as investors bet that the Federal Reserve will continue raising rates while other central banks, including the European Central Bank (ECB), will act more slowly.
“The story in the last few days has been the disappointment over the ECB and the UK to start raising interest rates in the wake of the Fed, and unless we see data picking up meaningfully, the dollar will outperform in the coming weeks,” said Gavin Friend, senior markets strategist at NAB in London.
The sharp recent rise in the dollar - it broke above a 200-day moving average this week for the first time in a year - took hedge funds and other investors by surprise. They had built up record short bets on the dollar and were forced to cover some of those positions, lifting the greenback even more.
Erik Nelson, a currency strategist at Wells Fargo in New York, sees further upside in the greenback as likely limited, however, saying that pessimism over other economies may be overdone.
“I think the economies are strong enough in those countries to keep central banks on track to keep the normalizing monetary policy,” Nelson said.
San Francisco Fed President John Williams said on Friday that he does not see any abrupt rise in inflation happening even as price gains have risen toward the central bank’s target.