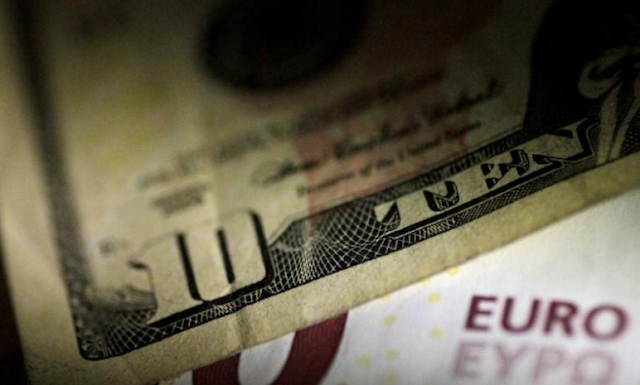 The euro on Wednesday recorded its second-biggest daily rise against the dollar this year following reports that Italy’s biggest party would make a renewed attempt to form a coalition government and end months of political turmoil.

A source close to 5-Star, which emerged from inconclusive elections in March as the single-biggest party in parliament, said the parties were now trying to find “a point of compromise on another name” for economy minister.

The crisis began over the weekend when 5-Star and the right-wing League abandoned their plan to form a coalition after Italy’s head of state vetoed their choice of 81-year-old eurosceptic Paolo Savona as economy minister. This raised the prospect of an early election, which markets feared would become a de facto referendum on Italy’s use of the euro.

On Wednesday, the euro rallied and Italian government bond yields settled below multiyear highs after Tuesday’s market slide. The dollar index, which tracks the greenback against a basket of six currencies, fell 0.8 percent to a session low of 94.038, a day after hitting a 6-1/2-month high. The dollar remained steady against the yen.

“We’re seeing a relief trade today. Markets passed through the panic from yesterday so everything that sold off hard is climbing back, the euro in particular,” said Greg Anderson, global head of FX strategy at BMO Capital Markets in New York.

Erin Browne, head of asset allocation at UBS Asset Management in New York, said that though fears of Italy’s leaving the euro, or “Quitaly,” waned on Wednesday, “We recognise the path to resolution is likely to be bumpy,” saying the firm “downgraded our outlook on European assets to account for recent developments.”

Against the greenback, the Canadian dollar strengthened as much as 1.4 percent on Wednesday after the country’s central bank held interest rates steady but suggested that it could raise rates soon, possibly as early as July.

“The OIS, if you use it as a probability measure, is at about a 79 percent chance of a rate hike in July. That’s significant as yesterday it was about 50/50,” Amarjit Sahota, director of Klarity FX in San Francisco, said.
T
he euro, after dropping 1 percent against the safe-haven Swiss franc on Tuesday in its biggest daily fall since September, recovered 1.1 percent to 1.1566 francs.