China Will `Significantly' Boost U.S. Purchases. By How Much is the Question. 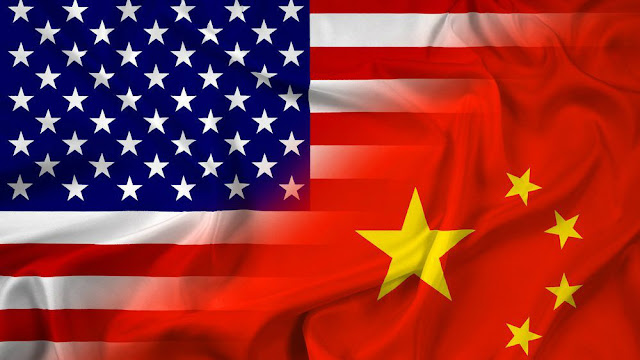 China will “significantly increase purchases” of U.S. goods, the White House said as Beijing’s special envoy at talks in Washington declared a trade war has been averted between the world’s two largest economies.

A joint statement released by the White House following the talks didn’t place a dollar figure on the increased purchases by China, or address a comment by President Donald Trump’s top economic adviser suggesting Beijing had agreed to slash its annual trade surplus with the U.S. by $200 billion.
Vice Premier Liu He, a special envoy of China’s President Xi Jinping, told reporters in Washington that talks with U.S. officials, including Treasury Secretary Steven Mnuchin, Secretary of Commerce Wilbur Ross and U.S. Trade Representative Robert Lighthizer, ended with a pledge not to engage in a trade war, according to a Xinhua news agency report.
Liu said the two sides agreed to stop “slapping tariffs’ on each other, Xinhua reported. Liu said his trip to the U.S. had been positive, pragmatic, constructive and productive. Trade cooperation would be enhanced in such areas as energy, agriculture, health care, high-tech products and finance, a “win-win” choice for both nations.
China agreed to “meaningful increases in U.S. agriculture and energy exports,” the White House said, adding that the U.S. will send a team to China to work out the details.

“There was a consensus on taking effective measures to substantially reduce the United States trade deficit in goods with China,” the White House said.
The delegations also discussed expanding trade in manufactured goods, and each side agreed to strengthen cooperation on intellectual property. China will “advance relevant amendments” to its laws and and regulations in that area, including its patent law, the White House said.
On Friday morning, Larry Kudlow, director of the National Economic Council, told reporters that China had offered to reduce its annual trade surplus with the U.S. by “at least $200 billion.”
“The number’s a good number,” Kudlow said outside the White House.

Earlier, two posts on Chinese state social media disputed a report that China planned to slash its trade surplus by the extent demanded by Washington though increased imports of U.S. products. A foreign ministry official also played down the suggestion.
In a sign that the Chinese government is seeking a conciliatory stance, it announced on Friday it was ending an anti-dumping and anti-subsidy investigation into imports of U.S. sorghum, citing “public interest.” That move came days after it restarted a review of Qualcomm Inc.’s application to acquire NXP Semiconductors NV.