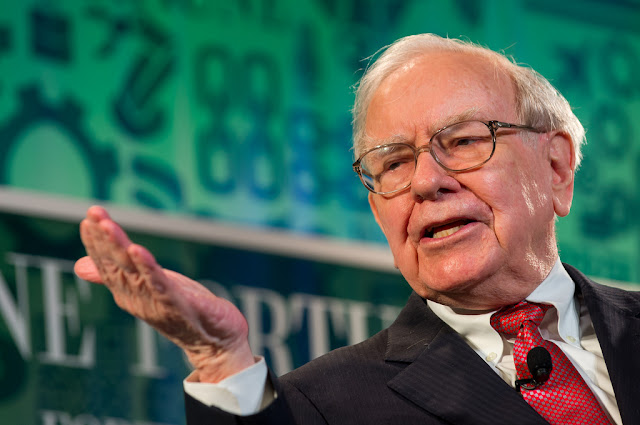 Billionaire investor Warren Buffett on Monday said buyers of bitcoin, which he has characterized as “rat poison squared,” thrive on the hope they’ll find other people who will pay more for it.


Likening bitcoin demand to the tulip bulb mania in 17th century Holland, Buffett, the chairman and chief executive of Berkshire Hathaway Inc (BRKa.N), said the mystique behind the cryptocurrency has caused its price to surge.
“If you don’t understand it, you get much more excited,” Buffett said on CNBC television. “People like to speculate, they like to gamble.”
He said investors now are much better off owning U.S. stocks, whose prices are elevated but not in a “bubble,” and it would take a “nanosecond” for him to choose stocks over 10- or 30-year U.S. government bonds now yielding around 3 percent.
Charlie Munger, Buffett’s longtime business partner and a Berkshire vice chairman, is also no bitcoin fan, describing it as “worthless artificial gold.” He likened it to Oscar Wilde’s definition of fox hunting, calling it “the pursuit of the uneatable by the unspeakable.”
Buffett, 87, and Munger, 94, spoke two days after they presided at Berkshire’s annual shareholder meeting in Omaha, Nebraska, which was expected to have drawn more than 40,000 people.
It was the first meeting since Berkshire elevated longtime executives Greg Abel and Ajit Jain to vice chairmen, making them top contenders to replace Buffett as chief executive.
Buffett said their promotions have been “very, very good” for the company.
Berkshire has said its board knows who would become chief executive if the need arose.
One of its members, Microsoft Corp (MSFT.O) co-founder Bill Gates, said on CNBC “it’s not a horse race” between Abel and Jain.
Buffett renewed his desire to spend some of Berkshire’s low-yielding cash on a major acquisition. He said he would be happier if Berkshire had $30 billion (22.1 billion pounds) of cash and equivalents, not the $108.6 billion it reported holding at the end of March.
“If a $100 billion deal came along that Charlie and I really liked, we’d get it done,” he said.
Buffett revealed last week Berkshire had bought about 75 million additional Apple Inc (AAPL.O) shares in the first quarter, adding to the 165.3 million it already owns. It now has a 5 percent stake in the iPhone maker, trailing only Vanguard Group and BlackRock Inc (BLK.N).
Buffett said he would be happy to see the Apple share price fall if it would spur repurchases.
Munger, meanwhile, said Berkshire may have been “a little too restrained” in buying Apple, saying “it’s reasonably priced and strong.” He added: “I wished we owned more of it.”
Buffett also said the list of CEO candidates has been “narrowed down” for the healthcare venture between Berkshire, Amazon.com (AMZN.O) and JPMorgan Chase (JPM.N). He said choosing the CEO will be “by far the most difficult decision we will make.”