Trade war or not, weak dollar trades here to stay 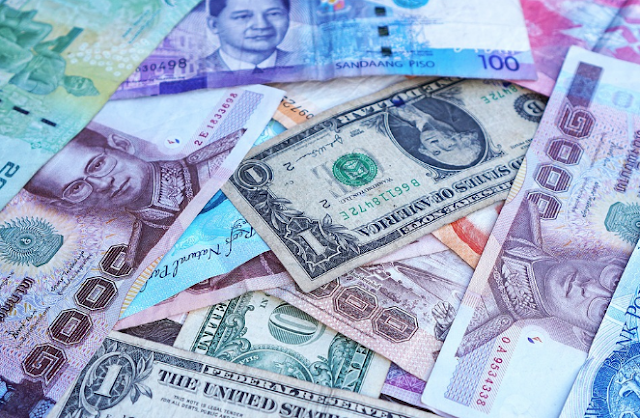 Currency market moves as a result of the trade dispute between the United States and China have more or less run their course and only a flare-up in the conflict will change the outlook significantly, a Reuters poll of strategists suggests.
“While the prospect of a trade war has leaped to the number one risk for global investors following China’s swift retaliation to U.S. tariffs, FX markets have taken on the role of a casual observer,” said Viraj Patel, FX strategist at ING.
“This cold trade conflict will most likely need to heat up in order to spill over into the currency arena.”
Global equities have taken a beating over the past month on fears a wider fallout from the Sino-U.S. trade row could harm the global economy, which was already showing signs of shifting into a lower gear.
While the little short-term movement was predicted in the latest Reuters poll of over 60 foreign exchange strategists, taken April 3-5, the dollar was forecast to weaken over the coming year, unchanged from last month’s survey.
For now, though, financial markets have calmed down as Washington has expressed a willingness to negotiate - after proposed U.S. tariffs on $50 billion of Chinese goods prompted swift retaliation from Beijing.
That pushed the dollar to a two-week high on Thursday.
But the latest poll forecast the greenback to weaken in a year, leaving the euro at $1.28, up 4 percent from around $1.23 on Thursday. Those expectations were similar to predictions made in a March poll.
Strategists have held on to a weak dollar outlook in Reuters polls since the start of last year. The greenback fell 10 percent in 2017 and is down a little over 2 percent so far this year.
“For weak dollar expectations to be credibly broken, either we need the U.S. data screaming out that the economic cycle will be much longer than anyone is currently anticipating, or we need to see the trade deficit narrow significantly,” said Patel.
“But we do not expect either of that to happen, which means predictions for the dollar to weaken are set in stone for currency markets for a while now.”
Thirty of 55 strategists who answered an extra question said their view on the dollar’s performance this year had not changed based on the tit-for-tat trade war.
While 16 respondents said the trade row will weaken the dollar further, the remaining nine said they had changed their view in favor of the U.S. currency.
Net short bets or bets against the dollar were trimmed by currency speculators in the latest week from their highest since August 2011 prior to that, according to Commodity Futures Trading Commission data.
“Relative to the start of 2017 or the end of 2016, the markets are a lot more short on the dollar now and that is something which will offer the dollar some protection on the downside,” said Jane Foley, head of FX strategist at Rabobank.
Half the 34 strategists who answered a separate question said the current level of net short dollar positions was just about right. While 10 respondents said they were too high the remaining seven said they were too low.
After nearly a decade of ultra-easy monetary policy, expectations are for major central banks to be moving in the same direction - towards policy tightening.
That will likely push the euro and other major currencies to make further modest gains against the dollar over the coming year. But the strength of the euro, up over 2 percent against the dollar this year, appears to have curbed growth somewhat in recent months.
A private survey showed signs of a slowdown in the eurozone business activity were widespread, with growth in the bloc’s big four economies as well as Ireland all moderating.
Sterling forecasts were at their highest since Britons voted to leave the European Union, in part as progress in divorce talks alongside solid expectations for an interest rate rise next month drove optimism.