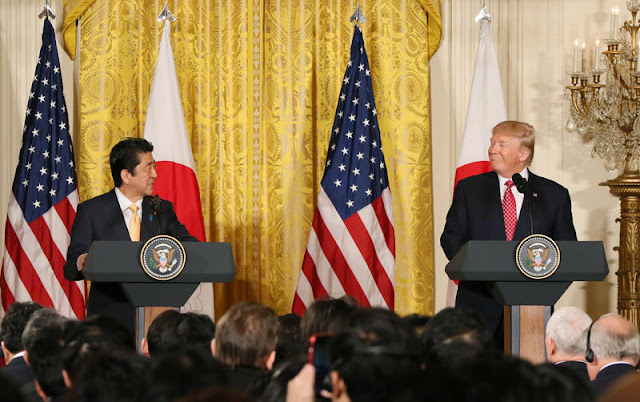 The dollar fell against the yen on Friday after U.S. President Donald Trump said he had instructed U.S. trade officials to consider $100 billion in additional tariffs on China.


The simmering U.S.-China trade spat has stirred concerns about its impact on global trade and economic growth, and financial markets remain sensitive to any fresh developments on this front.
Trump said in a statement on Thursday that further tariffs were being considered “in light of China’s unfair retaliation” against earlier U.S. trade actions that have roiled global markets.
That gave a boost to the yen, a safe haven currency that attracts demand in times of economic uncertainty and vice versa.
The dollar fell 0.2 percent to 107.15 yen JPY=, pulling away from a one-month high of 107.49 yen set on Thursday when it was bolstered by a rebound in U.S. shares.
While the dollar’s drop against the yen has been fairly tame so far, the move could deepen, especially if Japanese and U.S. equities come under more pressure, said Satoshi Okagawa, senior global markets analyst for Sumitomo Mitsui Banking Corporation in Singapore.
“If the market starts to view this as a grave situation, I think we’ll see the yen rise while equities are likely to weaken.”
For now, market participants are waiting to see more details of Trump’s push for new tariffs on China, Okagawa added.
In equity markets, Japan's benchmark Nikkei average .N225 was up 0.1 percent on the day, while U.S. S&P futures ESc1 were down 1.1 percent in Asian trade.
As the yen edged higher, the euro eased 0.1 percent against the Japanese currency to 131.27 yen EURJPY=R.
Against the dollar, the euro edged up 0.1 percent to $1.2252 EUR=.


Besides the China-U.S. trade issue, currency traders will also be looking for cues from U.S. jobs data and comments by Federal Reserve Chairman Jerome Powell later on Friday.