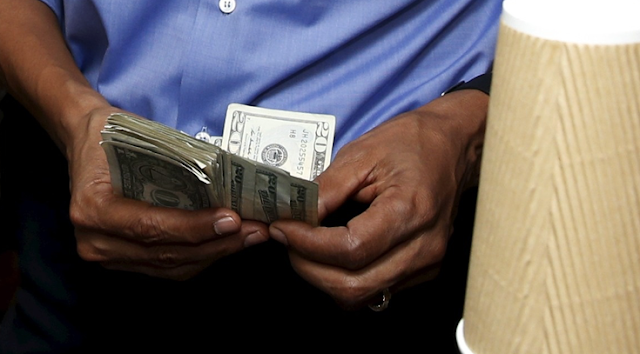 U.S. job growth surged in February, recording its biggest increase in more than 1-1/2 years, but a slowdown in wage gains pointed to only a gradual increase in inflation this year.


Nonfarm payrolls jumped by 313,000 jobs last month, boosted by the largest gain in construction jobs since 2007, the Labor Department said on Friday. The increase in payrolls last month was the biggest since July 2016 and was triple the roughly 100,000 jobs per month the economy needs to create to keep up with growth in the working-age population.
Average hourly earnings edged up four cents, or 0.1 percent, to $26.75 in February, a slowdown from the 0.3 percent rise in January. That lowered the year-on-year increase in average hourly earnings to 2.6 percent from 2.8 percent in January.
The unemployment rate was unchanged at a 17-year low of 4.1 percent in February for a fifth straight month as 806,000 people entered the labor force in a sign of confidence in the job market. The average workweek rebounded to 34.5 hours after falling to 34.4 hours in January.
With Federal Reserve officials considering the labor market to be near or a little beyond full employment, the moderation in wage growth last month will probably do little to change expectations the U.S. central bank will raise interest rates at its March 20-21 policy meeting.
Slow wage growth, however, could temper expectations that the Fed will change its rate forecast to four hikes this year from three. There is optimism that tightening labor market conditions will spur faster wage growth this year and pull inflation toward the Fed’s 2 percent target.
“While the Fed is sure to raise rates at its meeting later this month, if this trend continues with wages, it will give doves in the Fed ammunition to argue for a slower pace of rate hikes,” said Robert Frick, corporate economist with Navy Federal Credit Union in Vienna, Virginia.
Speculation that the central bank would upgrade its interest rate projections was stoked by Fed Chairman Jerome Powell when he told lawmakers last week that “my personal outlook for the economy has strengthened since December.”
While Powell said there was no evidence of the economy overheating, he added “the thing we don’t want to have happen is to get behind the curve.”
Economists polled by Reuters had forecast payrolls rising by 200,000 jobs last month and the unemployment rate falling to 4.0 percent. Average hourly earnings had been expected to increase 0.2 percent in February.
Data for December and January was revised to show the economy adding 54,000 more jobs than previously reported.