Dollar nears ¥106 in Tokyo ahead of BOJ, ECB meetings 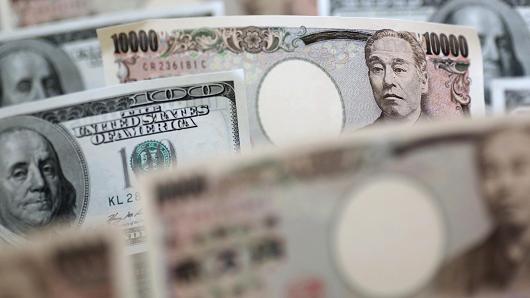 The dollar was modestly firmer near ¥106 in Tokyo trading Thursday ahead of a policy-setting meeting of the European Central Bank and other key events.
At 5 p.m., the dollar stood at ¥105.94-95, up from ¥105.71-72 at the same time Wednesday. The euro was at $1.2410, up from $1.2406-2407, and at ¥131.47, up from ¥131.16.
The dollar briefly topped ¥106.20 in New York trading, backed by short covering in light of a stronger than expected U.S. private-sector employment report released by Automatic Data Processing Inc. and a rise in long-term interest rates in the United States, traders said.
In early Tokyo trading, the U.S. currency hit the same level again but later eased to get stuck in a narrow range around ¥106.10. as the Nikkei stock average cut its gains.
Active trading was held in check before the ECB Governing Council’s meeting Thursday and Bank of Japan Gov. Haruhiko Kuroda’s news conference Friday after the central bank’s two-day policy-setting meeting, traders said.
In addition, the U.S. Labor Department is set to release its closely watched jobs report for February on Friday.
Besides the wait-and-see mood, the currency market was overshadowed by persistent concerns about trade wars, said an official of a foreign-exchange margin trading service firm.
U.S. President Donald Trump is expected to sign an order to impose new tariffs on steel and aluminum imports in Washington as early as Friday morning.
“Players are keenly waiting to see the specifics of the order,” a Japanese bank official said.