Dollar firms as traders look to next week's Fed meeting 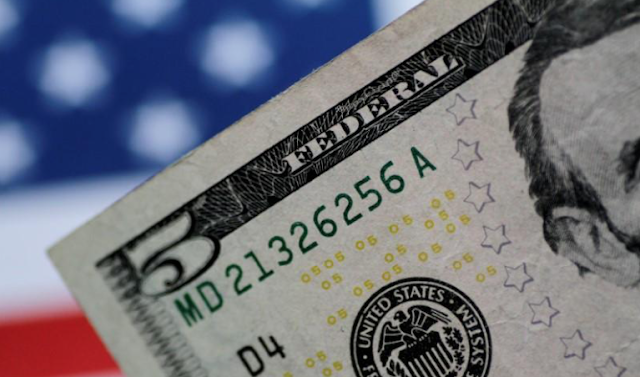 The dollar rose to a two-day high against a basket of major currencies on Thursday, as traders braced for next week’s Federal Open Market Committee meeting at which the Fed is expected to raise interest rates.

The dollar index, which measures the greenback against a basket of six other major currencies, was up 0.26 percent at 89.937.
“We think the dollar is consolidating ahead of the Federal Reserve meeting next week,” said Eric Viloria, currency strategist at Wells Fargo Securities in New York.
The outlook for the greenback, however, remains murky amid political uncertainty in the Trump administration and renewed worries about trade wars, analysts said.
“The Fed raised rates three times last year and the U.S. dollar still weakened overall, but surrounding each of those Fed interest rate increases there was some firming in the U.S. dollar, but then it tended to soften after,” said Viloria.
The greenback found some support from upbeat U.S. data on Thursday, which showed the number of Americans filing for unemployment benefits fell last week.
Other data on Thursday showed a rise in the prices of imported goods in February amid U.S. dollar weakness, bolstering expectations that inflation will pick up this year. Labour market strength and a steady increase in price pressures could allow the Federal Reserve to further raise interest rates at a gradual pace.
The greenback slipped 0.35 percent against the Japanese currency to 105.95 as trade tensions encouraged investors to buy the Japanese currency.
Traders are concerned about a U.S. shift towards increased protectionism under President Donald Trump’s administration, with Wall Street rattled on Wednesday after the president sought to impose fresh tariffs on China.
The yen is expected to benefit from any increase in trade protectionism, given Japan’s strong current account surplus and the currency’s reputation as a safe haven.
The Norwegian central bank kept rates on hold at 0.5 percent on Thursday but said it expected to raise rates after the summer, “somewhat earlier” than a previously forecast December hike, pushing the crown to a fresh four-month high against the euro.
The Swiss franc was down slightly against the dollar after the Swiss Central Bank kept its ultra-loose monetary policy in place.
The New Zealand dollar came under pressure after mixed economic growth data there cemented bets on interest rates staying at record lows for a long time yet.


The kiwi slipped 0.55 percent against the greenback to $0.729 after weaker-than-expected fourth-quarter GDP data.