Dollar falls to two-week low vs. yen, slides vs euro after tariff news 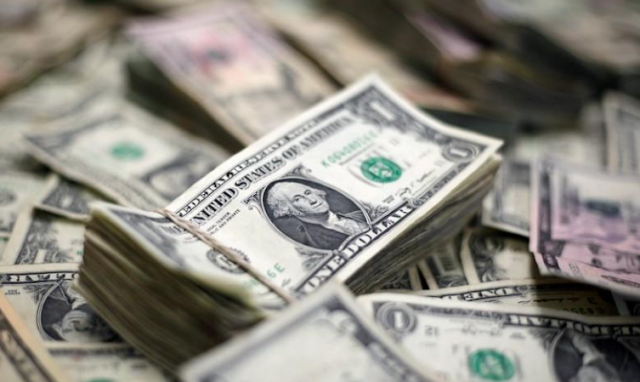 The dollar fell to two-week lows against the yen and dropped from seven-week highs versus the euro on Thursday on fears of an imminent trade war after President Donald Trump said the United States would impose tariffs on steel and aluminum.


The greenback also slid from six-week highs against a basket of six major currencies.
The imposition of tariffs marks Trump’s first major step in backing his protectionist agenda during his presidential campaign. Any trade war emanating from those tariffs could have a negative impact on the economy, analysts said.
“There’s definitely concern we’re going to get into a trade war and protectionism leads to foreign companies being unhappy,” said Andrew Frankel, co-president of Stuart Frankel & Co in New York.
Trump announced on Thursday he would impose tariffs of 25 percent on imported steel and 10 percent on aluminum, in a move the administration said would protect U.S. industry.
In reaction, Canadian Trade Minister Francois-Philippe Champagne said any U.S. tariff or quota imposed on Canada’s steel industry would be “unacceptable” and would be felt in both Canada and the United States.
The Canadian dollar CAD= hit session lows versus the U.S. currency following Trump's tariff announcement.
The tariff news overshadowed the Senate testimony of Federal Reserve Chairman Jerome Powell and comments from New York Fed President William Dudley on interest rates.
In a question and answer session, Powell told the Senate Banking Committee on Thursday there was no evidence the U.S. economy is overheating, and labor markets may still have room to improve.
Some analysts said Powell retreated slightly from the hawkish comments made on Tuesday, probably recognizing the impact he made on stocks and U.S. yields earlier.
Overall, though, the bottom line is that investors still believe that at the minimum, the Fed would raise interest rates three times this year.
Influential Fed policymaker Dudley, meanwhile, seemed comfortable with four rate hikes in 2018, but said those increases would occur at a gradual pace.
Earlier in the session, the dollar hit a six-week high after a set of solid U.S. economic data stoked expectations of four rate hikes by the Fed.
The dollar index was last down 0.3 percent at 90.31 .DXY.
The euro, meanwhile, earlier hit a seven-week low on expectations that euro zone interest rates could stay at record lows throughout 2018. Data showing the currency bloc's manufacturing boom slowed last month helped send the euro as low as $1.2153 EUR=, its weakest since Jan. 12.