Sterling rises versus euro as May meets Merkel in Berlin 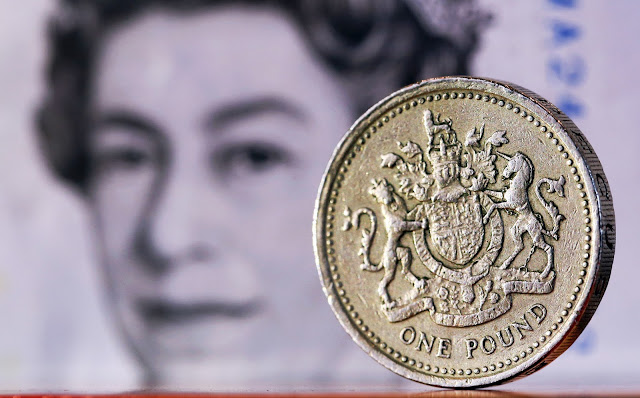 The pound fell on Friday against a stronger dollar but rose versus the euro, with traders watching for any positive signs from a visit to Berlin by Prime Minister Theresa May.


May is visiting German leader Angela Merkel, hoping to make progress on overcoming a near-deadlock on agreeing the terms of Britain’s exit from the EU next year.
The British prime minister said she wanted a Brexit deal that was good for companies in Britain and the rest of the European Union after meeting with Merkel.
Against the euro, sterling did not move after May’s comments and remained up 0.2 percent at 88.53 pence per euro amid broader weakness for the single currency.
Rabobank analysts that there appeared to still be “sizeable distance between the two negotiating bodies regarding the Brexit transitions phase and the final arrangements regarding trade.”
That political uncertainty would weigh on the pound, the bank predicted, and it was targeting a level of 90 pence per euro on a six month horizon.
Against the dollar, the British currency fell 0.4 percent to $1.4048 after trading as high as $1.4145 in Asian trading, with analysts saying most of Friday’s sterling weakness was driven by a recovery by the dollar after a poor week for the U.S. currency.
A falling dollar and signs that the Bank of England will tighten monetary policy faster than expected this year lifted sterling earlier this week, leaving the British currency still up around 1.6 percent since Monday.
But concerns about UK economic weakness were underlined by data showing retail sales volumes rose 0.1 percent on the month in January, less than the 0.5 percent that economists had forecast in a Reuters poll, after dropping 1.4 percent in December.
“The retail sales reaction was immaterial. The focus now is May meeting Chancellor Merkel on Friday. She will probably also have informal contact with EU chief negotiator Michel Barnier. Hence cautious sterling/dollar offers are appearing,” said Ken Odeluga, a market analyst at City Index.
Traders are also looking to British earnings data next week.
Craig Erlam, a London-based analyst at OANDA, said that came in higher than expected, it is “going to feed into the expectation that the Bank of England will have to raise rates” to tackle inflationary pressures.
Last week, the central bank said rates needed to rise a bit more and sooner than it had previously thought. The market is pricing in a roughly 70 percent chance of a first increase in May.
Sterling is up 4 percent against the dollar this year and in January, trading at $1.4346, it hit its strongest level since the Brexit vote in June 2016.