Regime change in bond markets behind this week's turmoil 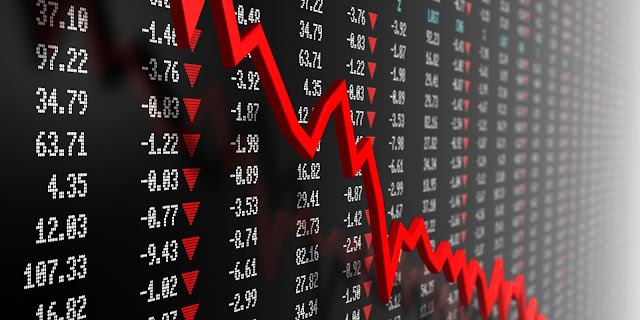 Beneath all the renewed volatility in markets during the past week is the notion that we are seeing the return of the bond market inflation vigilantes.
Remember them? They were the guys who used to sell bonds at the slightest hint of inflation pressure. This sent yields higher, which in turn tightened the credit spigot, cooled the economy – and in an almost serendipitous turn of events mitigated any potential inflation pressure that was the source of the original vigilantism.
For at least a decade or more bond market inflation vigilantism has been obsolete. Indeed, what we have witnessed in bond markets since the onset of the GFC resembled deflation vigilantism. This is why bond yields in a number of jurisdictions went negative – think Japan, Switzerland and Germany.
It is important to bear all this in mind when thinking about the recent grind upwards in bond yields and the concomitant (if overdue?) return of volatility in financial asset prices.
Bond yields reached levels that on any historical metric were egregiously low. Why? Because bond markets priced the tail risk of a deflationary spiral.
The move in bond yields since September last year if anything represents the "pricing out" of that deflation risk. It does not in my view represent anything approximating the "pricing in" of a problematic inflation risk.
Why do I say this? Because problematic inflation pricing generally occurs when nominal bond yields exceed nominal GDP growth.
In the US nominal GDP growth is around 4 per cent. A 10-year bond yield at circa 2.75 per cent is then a fair way south of being problematic.

Following this logic, the events of the last week or so are best viewed as a regime shift from one characterised by extraordinarily low bond yields (reflecting not inconsiderable deflation risk) and extraordinarily low volatility in financial asset prices to one of higher (but still low) bond yields and heightened (but still low) volatility.
What we can say is that deflation risks have been "priced out" but by any measure bond yields reflect quiescent inflation – something I'd characterise as meaningfully south of the Fed's 2 per cent inflation target.
Let's assume (possibly bravely) the Fed gets to its 2 per cent inflation target. Given trend US real growth of 2 per cent this then implies a "steady state" long-term bond yield of around 4 per cent.
If that is anywhere close to accurate it still implies a further significant grind higher in bond yields. And if we accept that notion there will be headwinds for equity markets.
Does that mean we're in for a year of higher bond yields and significant equity market downside (albeit in the context of stellar returns in 2017)? I think the good news is probably not.
First, inflation pressures are conspicuously absent. Much has been written in the US and locally about sluggish wage growth and the related notion of a "flat Phillips curve".
Second, corporate earnings momentum and forecasts are pretty healthy and current equity valuations don't seem unreasonable.
However – and to state the obvious – inflation pressures are absent until they're not.

There is pretty clear evidence that wage inflation in the US is accelerating, and this will be ultimately reflected in actual goods and services inflation.
But this only happens in the context of continuing economic growth which in turn supports positive earnings momentum, thereby validating current equity valuations.
The events of the last week or so are best viewed as a journey to a new regime. This does not happen in a "straight line" and therein lies the catalyst for higher (more "normal") volatility in financial asset prices.
These circumstances have not caused my bonds management colleagues to shift their view of four Fed rate hikes this year with more to come in 2019, taking the terminal Fed funds rate to close to 3 per cent.
So, looking at the global picture, episodes similar to that witnessed in the last week may well be a characteristic of global markets going forward. In my view the next year will see higher bond yields, but in an environment of strong global growth equity markets should still eke out reasonable returns.
But they will be significantly less than 2017, and in an environment of increased volatility, even with four Fed rate hikes in 2018. Point-to-point, that is a benign outcome but the return of normal volatility may make for a bumpier ride than we've become accustomed to.
Happily, that reflects higher wage and CPI inflation and strong economic and employment growth. So, I have stopped worrying about the GFC and I'm learning to love – well at least hug – the new normality.