Dollar treads water as all eyes turn to Powell 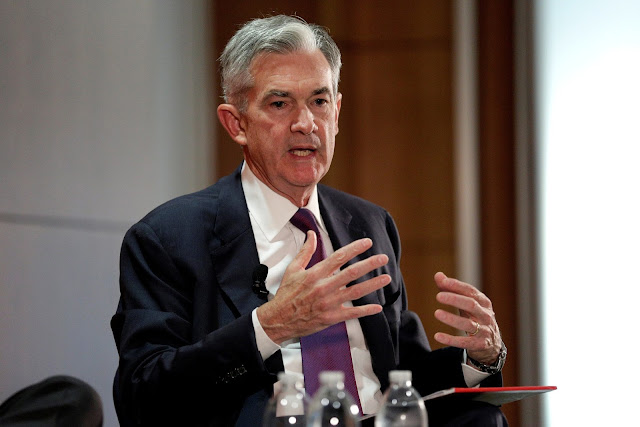 The dollar steadied against most major currencies on Tuesday, with traders cautious ahead of testimony from new Federal Reserve chief Jerome Powell that could determine whether the currency’s recovery from a three-year low has more room to run.


Powell’s Congressional testimony will be his first public appearance since being sworn in as chairman earlier this month. Traders will watch closely to see whether the new chief will continue on the gradual monetary rate path pursued by his predecessor Janet Yellen, or whether he will take a more hawkish approach.
Several policymakers have argued the Fed is due for a broad rethink of its approach to inflation, with a faster pace of rate increases needed to keep rising consumer prices in check.
But most analysts say Powell, who is due to speak later in the U.S. morning, is unlikely to rock the boat with a major change in policy.
“Given that the long-run dynamics for the U.S. economy have not altered – and in some regards deteriorated – we doubt that Fed Chair Powell will want to flip the policy script and prep markets for a more aggressive tightening path just yet,” said ING currency strategist Viraj Patel, in London.
“A boring and predictable Fed is thus unlikely to be the savior for a structurally weak dollar.”
The dollar slumped to its lowest levels since late 2014 against a basket of major currencies .DXY earlier in February, but it has since recovered almost 2 percent.
On Tuesday, the index was steady at 89.802.
“The market is a little bit cautious ahead of this speech, but we think he’s likely to stress the continuity of monetary policy...because it wouldn’t be in his interest to have any major market reactions - that would make his job more difficult,” said Commerzbank currency strategist Anje Praefcke, in Frankfurt.
Roy Teo, investment strategist for LGT Bank in Singapore, said Powell would probably sound optimistic on the economic outlook and that he would stress patience in assessing whether inflation will head higher.
Teo added that this is especially the case given the prevailing market expectations for the Fed’s preferred inflation measure, the core personal consumption expenditures (PCE) price index, due on Thursday.
Economists polled by Reuters expect the core PCE to increase 1.5 percent year-on-year in January, which would be the same as December’s pace and still some way off from the Fed’s 2 percent target.
This week is crammed with U.S. economic data, with consumer confidence, revised fourth-quarter growth, manufacturing and personal income and spending numbers all due.
The euro edged up 0.1 percent to $1.2332 EUR=, with investors seen unlikely to take on big positions this week ahead of key political events in Europe.
Italians vote in a national election on Sunday, while the leading political parties in Germany will decide on a coalition deal that could secure Angela Merkel a fourth term as chancellor.
The dollar was steady at 106.96 yen JPY=.