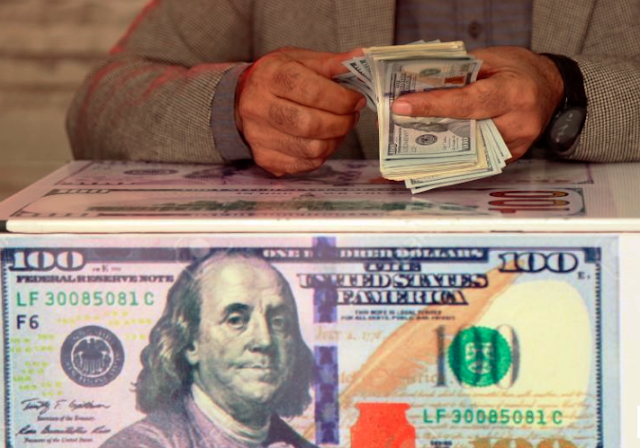 The dollar nursed losses against a basket of currencies on Friday, on track for a weekly fall as investors focused on renewed economic strength in the eurozone.

The dollar index, which tracks the greenback against a basket of six major rivals, was nearly flat on the day at 88.659 =USD .DXY, holding above a three-year low of 88.429 set one week ago but still down 0.4 percent for the week.


The yield on benchmark 10-year U.S. Treasuries US10YT=RR reached a high of 2.797 percent early on Friday, probing its highest levels since April 2014.
“It’s kind of counterintuitive. You’d think that with rates up, the dollar would be up, but investors are focusing their interest elsewhere,” such as further evidence that the European economy is picking up, said Jeff Kravetz, regional investment strategist at U.S. Bank Wealth Management.
A survey on Thursday showed eurozone manufacturing continued to boom last month, supporting expectations that the European Central Bank is on track to normalize monetary policy.
The euro edged down 0.1 percent on the day to $1.2500 EUR= but remained within sight of last week's 3-year high of $1.2538. For the week, it was up 0.5 percent.
Against its Japanese counterpart, the dollar was slightly lower on the day at 109.38 JPY=, holding above a four-month nadir of 108.28 hit a week ago.
Later on Friday, investors will be watching the U.S. nonfarm payrolls report for January, for the latest clues on the strength of the U.S. labor market.
Nonfarm payrolls probably rose by 180,000 jobs in January after increasing 148,000 in December, according to a Reuters survey of economists. The unemployment rate is forecast to be unchanged at a 17-year low of 4.1 percent.