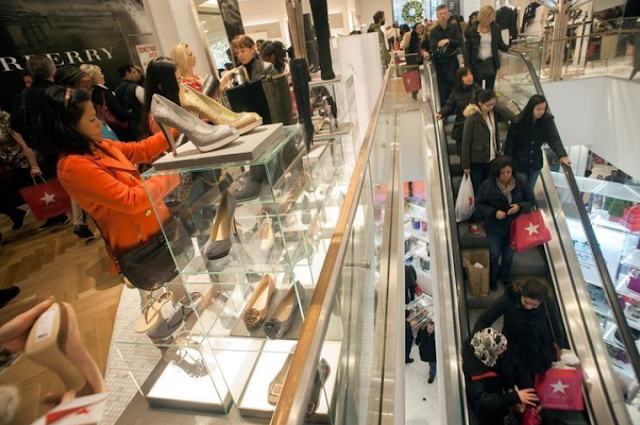 Underlying U.S. consumer prices recorded their largest increase in 11 months in December amid strong gains in the cost of rental accommodation and healthcare, bolstering expectations that inflation will accelerate this year.


The strengthening domestic demand was also underscored by other data on Friday showing retail sales increasing at a solid clip in December. The reports likely keep the Federal Reserve on course to raise interest rates at least three times this year. The U.S. central bank hiked borrowing costs three times in 2017.
The Labor Department said its Consumer Price Index excluding the volatile food and energy components rose 0.3 percent last month also as prices for new motor vehicles, used cars and trucks and motor vehicle insurance increased.
That was the biggest advance in the so-called core CPI since January and followed a 0.1 percent gain in November. Core CPI increased 1.8 percent in the 12 months through December, picking up from 1.7 percent in November.
Economists polled by Reuters had forecast core CPI rising 0.2 percent month-on-month and holding steady at 1.7 percent on an annual basis.
Weak import and producer price reports this week had raised concerns about the inflation outlook, although the two reports do not have a strong correlation with the CPI data.
Economists are hoping that a tightening labor market, rising commodity prices and a weak dollar will lift inflation toward the Fed’s 2 percent target this year. The Fed’s preferred inflation measure, the personal consumption expenditures (PCE) price index excluding food and energy, has undershot its target since May 2012.
The dollar trimmed losses against a basket of currencies after the data. Prices for U.S. Treasuries fell, with the yield on the interest-rate sensitive two-year note rising to the highest since 2008. U.S. stock index futures pared gains.

Sales last month were supported by a 1.2 percent jump in receipts at gardening and building material stores. Sales at auto dealerships rose 0.2 percent. Excluding automobiles, gasoline, building materials and food services, retail sales increased 0.3 percent last month after an upwardly revised 1.4 percent surge in November. These so-called core retail sales correspond most closely with the consumer spending component of gross domestic product. They were previously reported to have increased 0.8 percent in November. Last month’s increase in retail sales and the sharp upward revision to November data bolsters economists’ expectations of an acceleration in consumer spending in the fourth quarter. Consumer spending, which accounts for more than two-thirds of U.S. economic activity, increased at a 2.2 percent annualized rate in the third quarter. The economy grew at a 3.2 percent pace during that period.