Bank of England could issue its own Cryptocurrency in 2018 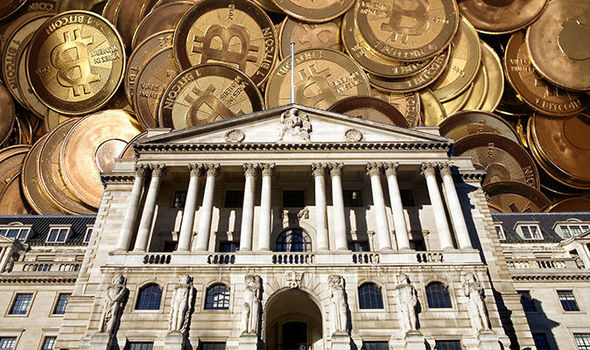 The Bank of England has been contemplating about the possibility of a national cryptocurrency for a longer period. According to reports, the Bank of England had set up a research unit to investigate the blockchain technology since 2015. Has the time come for the BoE to utilize this data and launch its crypto Pound?

Bank of England could issue its own cryptocurrency – Deciding factors?

The Bank of England could issue its own cryptocurrency as early as this year, according to the Telegraph. Considering the fact that the Bank of England assembled its research unit in February 2015 to study the cryptocurrency market and blockchain technology. Hence, with the data gathered the BoE could be already working behind the scenes to develop its own cryptocurrency. Moreover, in 2015 the BoE chief economist, Andy Haldane mentioned the idea of abolishing cash. Instead, he encouraged state-sponsored digital currencies in order to empower central banks.
Another signal that may lead to a digital pound is the RSCoin. Last year, the Bank of England announced that it produced a theoretical digital currency for central banks. Despite these factors, the BoE has not confirmed that it will introduce such a digital currency this year. Nevertheless, if the BoE decides to launch its own cryptocurrency, it would be connected to the value of sterling. The launch of BoE’s own cryptocurrency will eliminate the need for a retail bank. Considering that the residents of the UK can save their money and make bank transactions directly with the central bank.
BoE governor, Mark Carney told politicians in December 2017, that using blockchain technology could enhance banking transactions. However, he warned of risks it could impose on the financial and economic stability. Central banks have already started using the electronic money.
However, this is still exchanged in a centralized system. Unlike electronic money, cryptocurrencies will enable individuals to transact payments directly without the need for a central intermediary.
Through a shared ledger, the verification of documents and transactions will be executed at a faster pace. Without relying on a central intermediary to facilitate & track transactions, users operating central bank-issued cryptocurrency are able to open accounts at any bank of their choice, including the central bank. Carney commented further:

“You (could) create a situation where you can have an instantaneous (bank) run. So as soon as there were any concern, people can switch in their account at the Bank of England.”