With rate hike in the bag, Fed may hint at Trump effect on economy 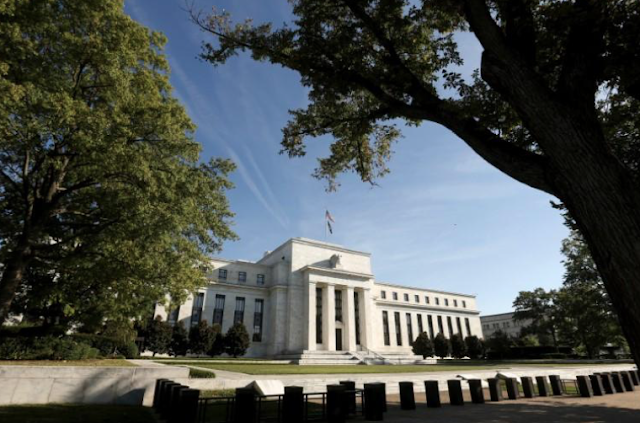 The Federal Reserve is widely expected to raise interest rates on Wednesday, but, more significantly, it may give its strongest hint yet on how the Trump administration’s tax overhaul could affect the U.S. economy.

Investors will pay close attention to how the central bank aims to balance a stimulus-fueled economic boost with the ongoing weak inflation and tepid wage growth that has curbed some policymakers’ appetite for higher rates.


The Fed’s policy statement and its latest economic projections are due to be released at 2 p.m. EST (1900 GMT) following the end of a two-day meeting. Fed Chair Janet Yellen is scheduled to hold a press conference half an hour later. It will be her last before her four-year term ends early next year.

Her successor, Fed Governor Jerome Powell, said at his recent confirmation hearing before a Senate panel that he had “no sense of an overheating economy,” an early signal he may not want to quicken the pace of rate increases until there is evidence of an acceleration in wage growth and inflation.
The Fed has increased rates twice in 2017 and is currently expected to push through three more hikes next year.
Much of Yellen’s tenure as Fed chief has been defined by a desire to leave loose monetary policy in place as long as possible in the hope that unemployment continued to decline, workers rejoined the labor force, and wages rose.
Powell, who has worked closely with Yellen, said he feels that process still has room to run.
Recent bullish data, highlighted by continued solid job gains and a jump in economic growth, has prompted some analysts to speculate that the central bank’s new projections will reflect an expectation of four rate increases next year.
There are also signs inflation may be firming after a lengthy bout of weakness. Fed policymakers have been stymied at how price rises have remained persistently below the central bank’s 2 percent target despite labor market strength and a growing economy.


President Donald Trump’s proposed tax plan, including a sharp reduction in the corporate income tax, could further boost the U.S. economy if it passes the Republican-controlled Congress, as appears likely.
In a recent note projecting four Fed rate increases next year, Paul Ashworth, U.S. economist for Capital Economics, said: “the stimulus could provide cover for the Fed to normalize interest rates at a faster pace than it otherwise would have been able to.”


What Ashworth called a “badly timed” tax cut “would be expected to raise inflation as much as it boosted real GDP growth,” he said.