What is Expected in the Forex Market in 2018? 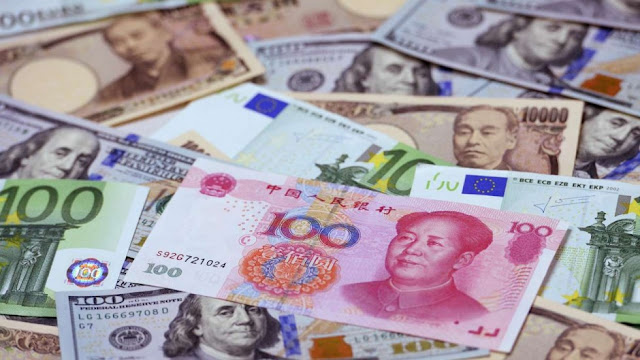 This trend is likely to continue next year as growth in the rest of world moves lock-step with growth in the U.S.
The global economy is expected to be driven by higher commodity prices which should support commodity currencies such as the Australian, New Zealand and Canadian Dollars. Additionally, an expected outflow of capital from the U.S. is likely to weigh on the U.S. Dollar. In other words, the strengthening of the global economy should limit the U.S. Dollar’s gains and eventually drive it lower.
U.S. interest rates rose faster than those of any other country during 2017 and this should continue in 2018 with the Fed expected to raise rates at least three times by a total of 0.75%.
Normally, money seeks its highest level so rising rates should be attracting inflows of foreign capital into the U.S., however, this is not expected to occur in 2018 since investors believe the Fed may actually be nearing the end of its rising interest rate cycle.
The U.S. Dollar posted strong gains when the Fed started to raise rates in 2015. This was because the global economy was still trending lower. The move by the Fed shocked investors into buying the U.S. Dollar. However, given that the Fed has already raised rates three times in 2017, the moves no longer have shock value, which is probably the main reason the U.S. Dollar weakened this year.
On December 13, the Fed raised its benchmark interest rate 25 basis points to 1.50% and the dollar has declined against a basket of major currencies since then. Some say that this was because it did not increase the number of potential rate hikes in 2018 from the previously forecast of three to four. This may be another sign that the Fed will begin slowing the number of rate hikes after 2018.
Furthermore, Fed officials have been puzzled by the persistence of low inflation even as the unemployment rate fell this year to a 16-year low. Yet wages still aren’t rising as rapidly as conventional economic wisdom would suggest. This may actually convince a few Federal Open Market Committee members to vote against additional rate hikes next year.
In conclusion, foreign currencies should strengthen against the U.S. Dollar in 2018 based on the current path of interest rate hikes in the U.S. Since the Fed is nearing the end of its tightening cycle and other central banks are just beginning to raise rates, the dollar is likely to continue to feel pressure in 2018.
At the start of 2018, the dollar could surge due to the initial optimism over U.S. tax reform, however, this move is not likely to last since the biggest tax overhaul in 30 years is likely to lead to a widening of the Federal deficit and higher government borrowing in the future.
In 2017, the Bank of Canada and the Bank of England raised their benchmark interest rates. After September, the European Central Bank may start raising rates. It will be followed by the Reserve Banks of Australia and New Zealand perhaps by the end of the year or early 2019.
So while the rest of the central banks will be raising rates, the Fed will start limiting its number of rate hikes and this is the key reason why I’m bearish on the dollar in 2018.