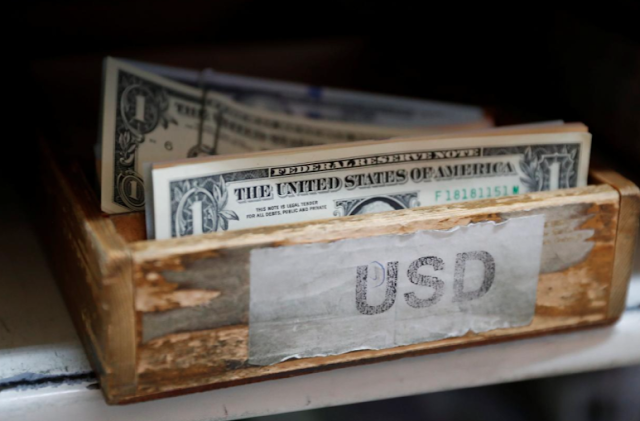 The British pound was the other currency mover of the day, rising on expectations the United Kingdom would soon reach a deal on some of the terms of its planned exit from the European Union.


But markets reacted broadly to the Senate’s approval on Saturday for the biggest tax law change since the 1980s, taking President Donald Trump closer to his goal of slashing levies on businesses.
European stocks rose more than one percent on average, with German stocks outperforming with a 1.4 percent surge, in anticipation of a strong New York session - futures for the Dow Jones, S&P 500 and Nasdaq indexes rallied as much as 0.9 percent 1YMcv1 EScv1 NQcv1.
“With this tax deal, markets could pick up speed into the end of the year. It looks like the ingredients for a year-end rally is there,” said Angelo Meda, head of equities at asset manager Banor SIM in Milan, predicting equity gains of 3 to 4 percent.
Tax cut hopes have been a significant tailwind this year for U.S. stocks, helping them hit successive record highs. A note from JPMorgan forecast that if the tax rate indeed fell to 20 percent from 35 percent, U.S. firms’ earnings-per-share estimates could rise by about 8 percent in 2018.

The flip side is that the cuts will add to a $20 trillion U.S. debt pile and may increase the chances of more aggressive near-term rate rises in the world’s largest economy.
Those expectations pushed the dollar up as much as 0.4 percent against a basket of currencies .DXY. Against the euro, it firmed 0.3 percent while rising as much as 0.8 percent to the Swiss franc EUR= GBP= CHF=.
Treasury yields rose too, indicating that bond markets are already anticipating the increase in debt. Two-year yields matched Friday’s nine-year high TR2YT=RR TR10YT=RR while 10-year yields rose three basis points.
The U.S. Federal Reserve will almost certainly raise interest rates later this month, while markets are pricing roughly another two hikes in 2018. But many reckon the tax cuts will result in a more hawkish Fed.
“This environment should question whether the market is being too conservative in only pricing 50 basis points of (U.S. Federal Reserve) tightening next year,” analysts at ING Bank told clients. “Loose fiscal and tight monetary policy should be sending the dollar firmer.”