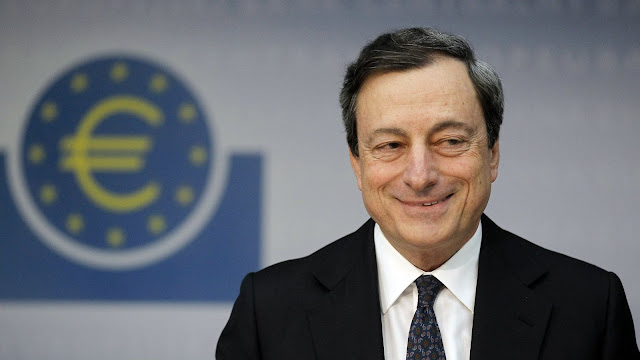 The European Central bank left monetary policy and guidance unchanged, while confirming their quantitative easing program schedule of 30 billion Euros of asset purchases from January to September next year or beyond, if necessary. So, there is still no commitment to an end date for QE and the statement also re-affirmed that interest rates will “remain at their present levels for an extended period, and well past the horizon of the net asset purchases”, which suggests rates hikes won’t be on the agenda until 2019 at the earliest. Furthermore, maturing assets will be reinvested until well after the end of net asset purchases, so a reduction of QE holdings won’t be an issue until then either.  Trader’s now await the Draghi presser.
Eurozone PMIs end 2017 on 82 month high
All readings unexpectedly improved again, with the manufacturing PMI reaching a record high of 60.6 and the services reading an 80 month high of 56.5, bringing the composite to 58.0, the highest in 82 months. Manufacturing orders jumped at the highest rate since April 2000 and services orders growth was the joint highest in over a decade according to Markit, with buoyant job creation as companies boosted capacity. A picture of a very strong broad-based recovery amid equally broad-based demand growth.