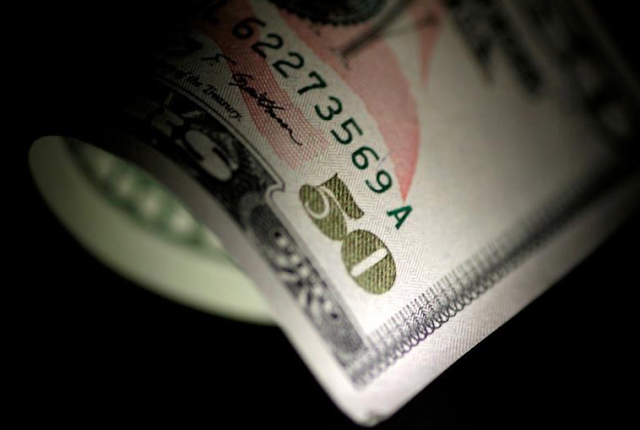 The dollar index, which tracks the U.S. currency against a basket of six major rivals, was steady on the day at 93.714.
The Republican-controlled U.S. Congress appeared all but certain to pass sweeping tax legislation this week after two Senate Republican holdouts agreed on Monday to support a tax overhaul backed by President Donald Trump.
The House of Representatives, which is also expected to adopt the bill, was due to vote first at around 1:30 p.m. (1830 GMT) on Tuesday, Republican aides said. The Senate vote is expected to follow either later on Tuesday or on Wednesday.
Rising hopes of the bill’s passage helped push U.S. stocks to record highs on Monday. [.N]
“We expect the bill to pass, as do many market participants, and it seems to make the equity investors happy,” said Masashi Murata, currency strategist for Brown Brothers Harriman in Tokyo.
“This week and next week, with so many investors leaving for the holidays already, and last week’s Fed meeting out of the way, we are expecting range-bound trade for a while,” he added.
While Fed policymakers expect the U.S. economy to get a short-term lift from the tax reform, they project growth will then ease back to about 2 percent by 2020 and not rise to around 3 percent as Trump and his administration predict.
The dollar edged up 0.1 percent to 112.63 yen, drifting in a range between its high of 113.750 hit a week ago and Friday’s low of 112.035.
Following last week’s Federal Reserve interest rate hike, Wall Street’s top banks expect the central bank to raise U.S. interest rates three times in 2018, matching the number of rate hikes this year and the Fed’s own outlook, as policymakers turned more upbeat on economic growth and the jobs market despite cool inflation.
But Minneapolis Fed President Neel Kashkari said on Monday he voted against the Fed’s decision to raise interest rates last week over worries on weak inflation and a flattening of the U.S. Treasury yield curve.
The euro was flat on the day at $1.1781.
Bitcoin was down 0.7 percent at $18,808.94 on the Luxembourg-based Bitstamp exchange, below its record high of $19,666 hit on Sunday.