Dollar holds gains after U.S. jobs data, but off highs due to wages 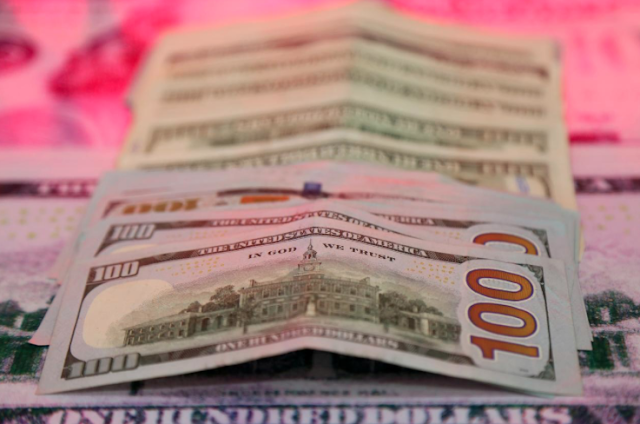 The dollar rose against the euro and yen in choppy trading on Friday after a report showed the U.S. economy created more jobs than expected last month, but gains were capped by wages data that analysts said were disappointing.

That could weigh the pace of interest rate rises next year as the Federal Reserve grapples with sluggish wages that reflect persistently low inflation, analysts said.

The dollar came off three-week highs after the report, while the euro, although still down on the day, recouped some of those losses.

U.S. non-farm payrolls rose by 228,000 jobs in November amid broad gains in hiring as distortions from recent hurricanes faded. Economists polled by Reuters had forecast payrolls rising by 200,000 jobs last month.
But analysts said average hourly earnings were lower than expected. Average hourly earnings rose five cents or 0.2 percent in November, but economists expected a 0.3 percent rise. The annual increase in wages was also weaker than forecast: the November figure came in at 2.5 percent versus a 2.7 percent expectation.
“The lack of wage pressure will not alter the Fed’s rate hike aspiration in the coming meeting, but will certainly be a major discussion point for the new Fed chairman in 2018,” said Marvin Loh, senior global market strategist at BNY Mellon in Boston.
Following the data, the dollar pared gains against the yen but was still higher on the day at 113.52 yen JPY=, up 0.4 percent. The euro reduced losses versus the dollar and was last flat on the day at $1.1767 EUR=.
The dollar index was up 0.1 percent at 93.899 .DXY.
The Fed is widely expected to raise interest rates at next week’s monetary policy meeting and for now, is seen tightening two to three times next year.
With a rate hike priced in, investors are more focused on what the Fed may signal about its monetary policy outlook next year. In the Fed’s last quarterly projection from September, the U.S. central bank indicated three more hikes in 2018.
Michael Feroli, an economist at JP Morgan in New York, believes there could be as many as four rate hikes next year and the Fed’s newest forecasts could show a lower unemployment rate than the September projections and a generally firmer outlook for gross domestic product growth.
“Both revisions should be directionally supportive of a somewhat faster rate normalization path,” Feroli said