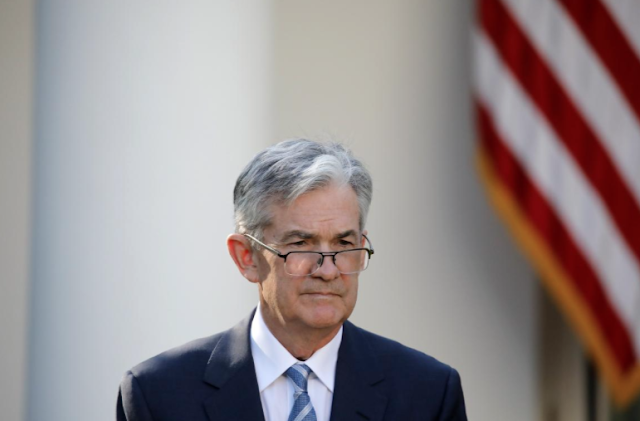 Jerome Powell, the nominee to chair the Federal Reserve, defended the Fed’s use of broad crisis-fighting powers in remarks prepared for his Tuesday Senate confirmation hearing, positioning himself as an extension of the central bank policies of current Chair Janet Yellen and her predecessor Ben Bernanke.

In a brief opening statement released by the Fed on Monday, Powell, who is currently a member of the Fed’s Board of Governors, endorsed the core ideas that have defined U.S. central banking since the financial crisis of 2007 to 2009 - a willingness to move aggressively against a downturn, and an insistence on flexibility and independence from political influence in setting policy.

”We must retain the flexibility to adjust our policies in response to economic developments,“ Powell said in the remarks. ”We must be prepared to respond decisively and with appropriate force to new and unexpected threats to our nation’s financial stability and economic prosperity.
“I will do everything in my power to achieve those goals while preserving the Federal Reserve’s independent and nonpartisan status that is so vital to their pursuit,” Powell said, referring to the Fed’s Congressionally mandated goals of promoting both maximum employment and low and stable inflation.
Trump nominated Powell, aged 64, from among five finalists, including Yellen as well as others who have argued for more fundamental changes at the Fed. Some of the arguments for reform, including the use of rules related to inflation and the broader economy in setting interest rates and skepticism about the Fed’s crisis-fighting bond purchases, have support among the lawmakers who must confirm Powell as Fed chair.
Powell, who has been on the Fed Board of Governors since May 2012, has made clear in past public comments that he is not a fan of many of those ideas.
The one exception: easing some post-crisis financial regulations. While Powell said he agrees that the new requirements on banks have made the financial system safer, he wants to look for ways to ease the cost of regulation if it can be done safely.
“We will continue to consider appropriate ways to ease regulatory burdens while preserving core reforms,” Powell said in the statement.


On current monetary policy, he said, “We expect interest rates to rise somewhat further and the size of our balance sheet to gradually shrink.”