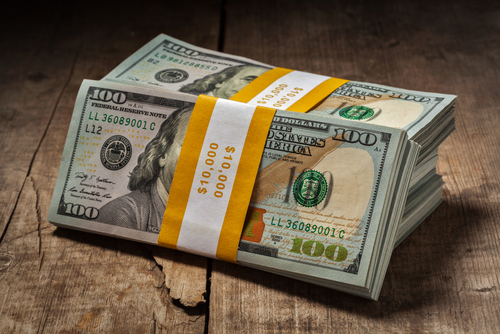 Asian shares edged ahead on Thursday as speculation the Federal Reserve might not tighten U.S. policy as aggressively as first thought slugged the dollar and boosted bonds globally.


MSCI’s broadest index of Asia-Pacific shares outside Japan. MIAPJ0000PUS added 0.15 percent to scale a fresh 10-year peak. Activity was light with Japanese markets closed for a holiday and the United States off for Thanksgiving.
The dollar was nursing losses after suffering its worst one-day fall in five months on Wednesday while hitting a three-month trough against the Japanese yen.
The rout came after minutes of the Fed’s last meeting showed “many participants” were concerned inflation would stay below the bank’s 2 percent target for longer than expected.
That echoed comments from Fed Chair Janet Yellen that she was uncertain about the outlook for inflation and led markets to pare back pricing for more hikes next year.
While a move in December to between 1.25 and 1.5 percent is still almost fully priced in, Fed fund futures <0#FF:> rallied to show rates at just 1.75 percent by the end of next year.
“The US dollar was already staggering into Thanksgiving when the FOMC minutes gave it another shove,” said Sean Callow, a senior currency analyst at Westpac. “The FOMC seems to be increasingly uneasy about ”ongoing softness“ in inflation.”
“Investors can be forgiven for wondering why they should buy more U.S. dollars if we are heading into a ”Powell pause“ in the first half of 2018,” he added, referring to newly appointed Fed Chair Jerome Powell.

Against a basket of currencies, the dollar was huddled at 93.277 .DXY, having shed 0.75 percent overnight.
The euro was enjoying the view at $1.1817 EUR= after climbing from $1.1731 on Wednesday. The dollar also crumbled to 111.23 yen JPY=, its lowest since Sept. 20. That was the largest single-day fall against the yen since May.
The Fed’s dovish turn helped break the inexorable sell-off in short-term U.S. Treasuries, with yields on the two-year note US2YT=TWEB falling almost five basis points to 1.727 percent. That was the sharpest daily drop since early September.
Wall Street was an oasis of calm in comparison with the Dow. DJI off 0.27 percent, while the S&P 500. SPX lost 0.08 percent and the Nasdaq. IXIC added 0.07 percent.
Verizon (VZ.N) and AT&T (T.N) rose 2.0 percent and 1.6 percent respectively on bets they will benefit from the U.S. government’s plan to rescind net neutrality rules put in place by the Obama administration.
Commodities were buoyed by the dive in the dollar, with gold up at $1,290.56 an ounce XAU= having added 0.9 percent overnight.
Oil prices hit their highest in more than two years after the shutdown of one of the largest crude pipelines from Canada cut supply to the United States.