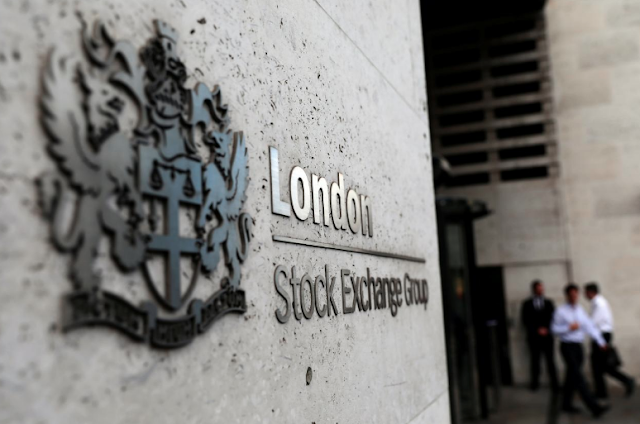 A strong rally in the technology sector helped drive global stocks to a record high on Monday, while a recovery in Spanish markets supported European shares after an opinion poll smoothed investors’ concerns over Catalan secession.

MSCI’s world equity index. MIWD00000PUS, which tracks shares in 47 countries, rose 0.2 percent to its highest ever level. The index has surged 17.7 percent so far in 2017 and is on track for its best annual showing since 2013.
Eurozone stocks, STOXXE climbed 0.3 percent, holding near their highest level in 10 years. European stocks have rallied this year as a healthy economy dovetailed with convincing growth in corporate earnings and a reduction in political risk.
“There is an avalanche of things that are happening or going to happen, but markets are just shrugging it off. It’s like markets have been vaccinated against bad news thanks to the strength of the global business cycle,” said Marie Owens Thomsen, global head of economic research at Indosuez Wealth Management in Geneva.
Spanish stocks.IBEX extended gains, up 2 percent and set for their best day in three weeks after a weekend poll suggested Catalan secessionists may lose their majority in regional elections scheduled for December.
Spain’s benchmark 10-year bond yield fell 5 basis points to 1.486 percent ES10YT=TWEB. Banks Caixabank (CABK.MC) and Sabadell (SABE.MC), which moved their headquarters out of Catalonia due to the crisis, led gains on the IBEX.
The broader market showed signs of relief, with eurozone banks.SX7E rising 0.6 percent and Italian bond yields - which have been sensitive to the Spanish crisis - also falling. IT10YT=TWEB
Technology stocks.SX8P also drove European trading, riding a wave of gains on the Nasdaq and in Asia after Apple (AAPL.O) said pre-orders for its new iPhone X were “off the charts”.
iPhone component suppliers AMS (AMS.S), Dialog Semiconductor (DLGS.DE) and STMicro.STM.MI led gains.
Europe’s tech sector.SX8P has quietly boomed and has outperformed the Nasdaq.NDX so far this year.
U.S. stock futures pointed to a slight pullback at the open after blistering tech-driven gains on Friday. Dow Jones Industrial and S&P 500 futures were down 0.2 percent, while the tech-heavy Nasdaq was set to open flat. 1YMc1 ESc1 NQc1

CENTRAL BANKS IN THE SPOTLIGHT

In a week of policy meetings by three major central banks, gold XAU= edged down 0.1 percent on investor caution
The Bank of England is widely expected to raise rates on Thursday, reversing its monetary easing following Britain’s June 2016 vote to leave the European Union, but investors feared the decision could create more volatility than the well-received stimulus extension by the European Central Bank last week.
“This coming week will see whether the BoE has also managed to steer markets in the right direction,” said Societe Generale analysts in a note.
Sterling GBP= rose 0.5 percent against the dollar as traders bid the currency higher on the expected rate rise.
Other major currencies kept to tight ranges as markets also awaited interest rate decisions by the Bank of Japan and the U.S. Federal Reserve.
The dollar .DXY fell 0.3 percent against a basket of currencies as investors focused on the impending appointment of the next Federal Reserve chair, with speculation rife that Fed governor Jerome Powell is the favored candidate.
An announcement is expected this week.
Relief over the situation in Spain helped the euro EUR= recover from a three-month low to trade up 0.2 percent at $1.1629. The ECB's decision last week to extend bond purchases into September 2018 had sent the single currency sharply lower.
Oil markets firmed and energy stocks rose on expectations that an OPEC-led production cut due to expire next March would be extended.