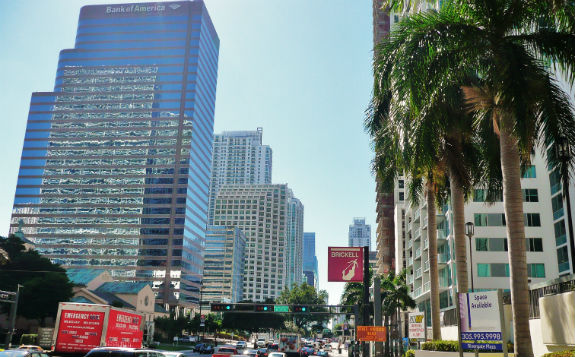 The following are brief expectations for the BoJ October 30-31 policy statement as compiled from the related research reports of 10 major banks.
Overall, the consensus expects this BoJ meeting to be a none-event with limited impact on JPY.
Credit Agricole Research: Our economists expect the BoJ to keep its policy parameters – quantitative easing and yield-curve control – unchanged. While there some risk that the BoJ could formally drop its monetary aggregate target from its policy statement, our economists continue to think that this is more likely in December than this week. If the BoJ were to drop its annual monetary aggregate target of JPY80trn, we do not think that this would have a prolonged and significant impact on the JPY. Indeed, the BoJ has effectively shifted to targeting the JGB yield curve as a policy instrument from targeting monetary base growth, so the dropping of the monetary base target would only be a formalisation of the target.
Morgan Stanley Research: We maintain our bearish stance on JPY moving into this week’s BoJ meeting. We do not expect any change to BoJ monetary policy as inflation is still below target and there have been media reports of the bank lowering the FY2017 inflation outlook. Abe’s LDP holding power in the General Election signals that status quo approaches to reflationary policy will continue.
Barclays Research: This week, the BoJ is widely expected to hold its monetary policy unchanged. Focal points of the meeting are: 1) the inflation forecast in its Outlook Report (slight downward revision widely expected), and 2) whether dovish new member Governor Kataoka, who dissented at the previous MPM, proposes an easing measure.
Deutsche Bank Research: We expect the BoJ to reaﬃrm its current policy at the monetary policy meeting (MPM) on 30-31 October. We believe the CPI forecasts of policy board members in the quarterly Outlook Report this week will be lowered from July's 1.1% for FY17 and 1.8% for FY18 respectively to 0.8-0.9% and 1.3%. Our economists suspect that even the revised forecasts will be overly high and maintain their basic scenario that actual CPI growth will remain below 1% YoY.
Scotibank Research: The upcoming (October 31) BoJ meeting is not expected to deliver any major policy changes. The 10Y U.S.-Japan spread appears soft following last week’s turn, and risk reversals are steady. We look to near-term consolidation in JPY.
Nomura Research: the BOJ’s accommodative policy stance will likely remain intact this week, as we think a downgrade of its inflation forecast is inevitable again. The Bank also has a lone dove on its policy board (a dove of doves), and his policy proposal, if any, will be worth monitoring.
HSBC Research: We believe the BoJ is likely to stay on hold for an extended period of time, as inflationary pressures are likely to be weighed down by structurally low wage growth...In terms of forecasts, we believe the BoJ is likely to marginally revise down its core inflation forecast from the current 1.1% for FY2017.
Danske Research: We expect the Bank of Japan (BoJ) to maintain its ‘QQE with yield curve control’ policy at its monetary policy meeting ending on 31 October. This is also our main scenario on our 12M forecast horizon. It is widely expected that the BoJ will keep its ultra-loose monetary policy unchanged and the announcement should not have a significant impact on price actions.
BTMU Research: The BoJ’s Monetary Policy Board meeting October 30-31 is not likely to impact USDJPY much, as we don’t expect any surprises with QQE or yield curve control operations.
BofAML Research: We expect the Bank of Japan policy board to maintain the status quo for monetary policy when its meeting wraps up on 31 October. Specifically, the board is likely to leave its target for the short rate and 10-year yield unchanged, at -0.1% and "around 0.0%," respectively. We also expect the BoJ to retain its guidelines for risk asset purchases, including its "about" ¥6tn/year ETF target. The recent rally in Japanese equity markets had seen the BoJ's ETF purchases slow sharply in October.