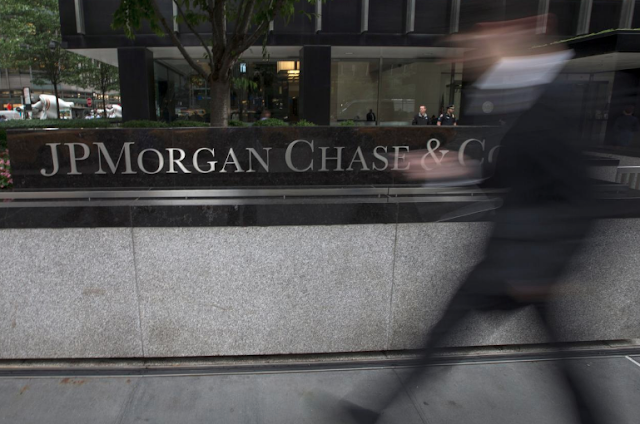 JPMorgan Chase & Co (JPM.N), the largest U.S. bank by assets, reported a 7.1 percent rise in quarterly profit on Thursday as gains from loan growth and higher interest rates more than offset a slump in trading revenue.

Financial market trading was again a dark spot for the company with revenue from bond trading diving 27 percent compared with a year earlier, when it was boosted by higher market activity due to Brexit and the U.S. election. Equity markets revenue was also down 4 percent.
Shares dipped 0.25 percent at $96.67 in premarket trading.
Several large U.S. banks had warned last month that revenue from trading stocks and bonds would take a hit in the third quarter.
But the bank’s average loan growth of 7 percent helped it partly offset the hit.
Net profit rose to $6.73 billion, or $1.76 per share, for the third quarter ended Sept. 30, from $6.29 billion, or $1.58 per share, a year earlier.

Analysts had expected earnings of $1.65 per share, according to Thomson Reuters I/B/E/S.