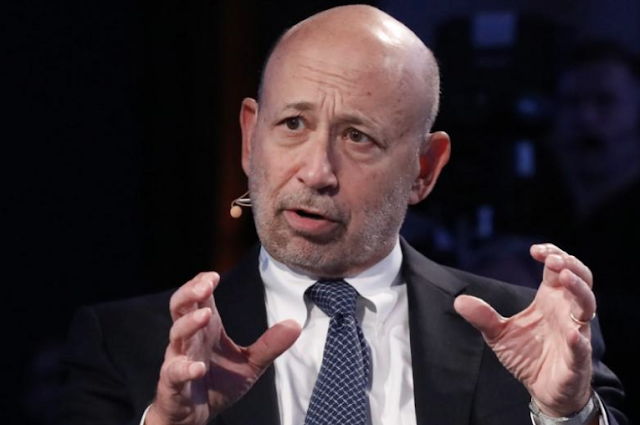 Goldman Sachs Group Inc (GS.N) Chief Executive Lloyd Blankfein said he is keeping an open mind on bitcoin after a media report that the investment bank was exploring a new trading operation dedicated to cryptocurrencies.
"Still thinking about #Bitcoin. No conclusion - not endorsing/rejecting. Know that folks also were skeptical when paper money displaced gold," Blankfein tweeted on Tuesday.
The plan is in early stages and may not proceed, the Wall Street Journal report on Monday, citing people familiar with the matter.
Blankfein’s tweet is in sharp contrast to comments made by JPMorgan Chase & Co (JPM.N) CEO Jamie Dimon, who called bitcoin a “fraud.”
Bitcoin is a digital currency that enables individuals to transfer value to each other and pay for goods and services bypassing banks. The market is fraught with volatility, with bitcoin prices BTC=BTSP topping nearly $5,000 in early September and then declining sharply after Chinese authorities said they would ban the process of raising funds through launches of token-based digital currencies.
Speaking at a bank investor conference in New York last month, Dimon said, “The currency isn’t going to work. You can’t have a business where people can invent a currency out of thin air and think that people who are buying it are really smart.”
“It is worse than tulips bulbs,” Dimon said, referring to a famous market bubble from the 1600s.
Goldman's arch rival Morgan Stanley (MS.N) spoke in favor of the currency, with CEO James Gorman calling it "more than just a fad."
Former Fortress Investment Group LLC executive Mike Novogratz is also starting a $500 million hedge fund to invest in digital currencies like bitcoin.