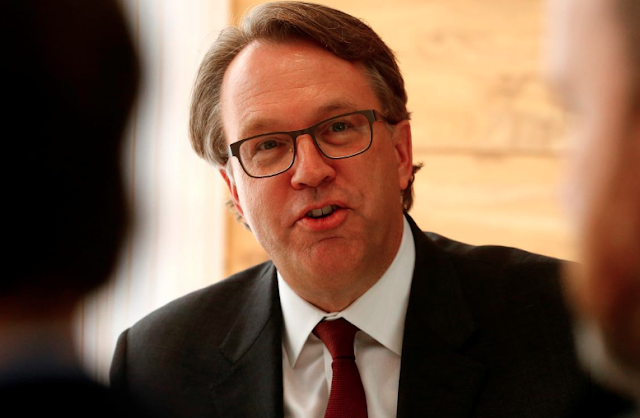 “Based on my outlook for employment and inflation, I view a gradual pace of increases over the next two years, bringing the federal funds rate to its new normal of 2.5 percent, to be appropriate,” Williams said in remarks prepared for delivery in Salt Lake City.
That view suggests Williams may be slightly more dovish than most of his colleagues, who as a group see short-term interest rates at about 2.7 percent by the end of 2019, and 2.9 percent by the end of 2020, according to their most recent forecasts, released last month.
While the precision of Williams’ timeline for the path of rate hikes was new, most of the rest of his speech, which outlined his view that the U.S. economy is likely to be able to grow only 1.5 percent a year over the long-run, was a repeat of remarks given in St. Louis last week.
The Fed’s plan to shrink its $4.5 trillion balance sheet gradually over the next several years will lift long-term borrowing costs gradually, he said. But given his view that economic growth has downshifted because of slow labor force growth and sluggish productivity gains, interest rates will remain relatively low “for the foreseeable future,” Williams said.
Williams’ view of the economy contrasts with the optimism of the Trump administration, which is touting a tax overhaul and other policies it says will boost growth to 3 percent.

On Wednesday Williams repeated his view that if growth were to accelerate too much, “it could lead to a financial bubble or other problems like high inflation.”