ECB under pressure to soften crackdown on bad loans 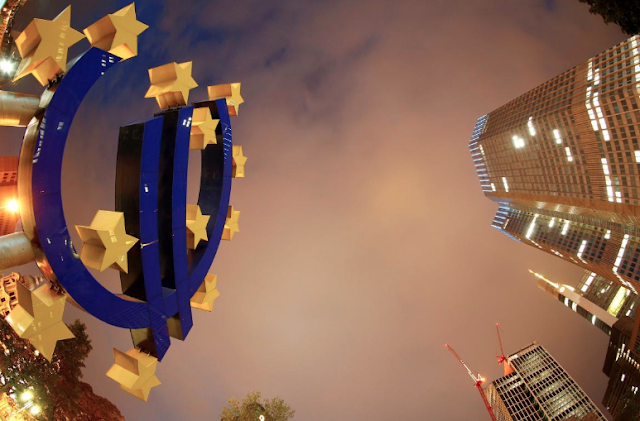 European Central Bank supervisors are having to rethink their proposals for dealing with the euro zone’s huge pile of legacy bad loans after complaints from Italy that it would hinder the country’s recovery.

The ECB’s Single Supervisory Mechanism is due to come up with a new set of rules by March for how much money banks should set aside against their stock of bad loans, a thorny issue in Italy, where lenders are sitting on more than a quarter of the euro zone’s 865 billion euros ($1.0 trillion) unpaid loans.

But the sources said the strong Italian backlash against the SSM’s latest proposals on how lenders should deal with new bad loans meant supervisors were having to reassess their approach to tackling already soured debts.
“There is a serious risk that the SSM’s coming proposal will be too soft,” said one of the sources, all of whom are close to or on the ECB’s decision making body.
The ECB declined to comment.
The main worry for Italy is that its banks if asked to set aside more money, will curb lending. Some may need to raise capital - a task that has eluded Monte dei Paschi di Siena and two regional lenders in recent months, triggering state interventions.
With the new guidelines not due out until the first quarter of next year, no proposal has yet been sent to the ECB’s supervisory board.
But SSM staff have been working on four scenarios modeled on the current guidelines on new non-performing loans (NPLs), which give banks seven years to provide for credit backed by collateral and two years for unsecured debt, another source said.
One of these options would require banks to start building up provisions for their legacy loans straight away, albeit gradually.
A more generous one would stop the clock for one or two years, effectively giving banks until 2021 and 2026 for hitting their targets.
They are now all in jeopardy.
“Now even the most generous scenario might appear too strict,” the source said. “It’s all in flux.”
The ECB’s guidelines will also be influenced by a legislative proposal that the European Commission is preparing in parallel and could include measures on provisions, the sources said.
This is to avoid any risk of clashing with Brussels after the Italian head of the European Parliament, Antonio Tajani openly questioned the ECB’s authority on the matter and raised the specter of an unprecedented dispute between the institutions.
In a most extreme outcome, which one source said the SSM is likely to resist, supervisors would stop short of setting rules for all banks in the eurozone, merely publishing criteria that could be applied differently across firms and countries.

The publicity received by the backlash meant any new proposal was set to be subject to extra scrutiny by the ECB’s Governing Council, which includes national central bank governors and approves SSM’s decisions.
Here Italy hopes to receive support from other countries with heavy bad loan burdens such as Greece, Portugal, and Spain.
The sources said that will not be easy as these countries had spent or were saving political capital at the ECB for domestic issues, such as Greece’s latest bailout review, Portugal’s sale of state-owned Novo Banco and risks associated with the Catalan government’s independence push, the sources said.
“They are not keen to make any fuss,” one of the sources said.
While the co-ordinated backlash by Tajani, the Italian government, central bank, and banking lobby was also likely to result in some changes to the guidelines on new bad loans, under consultation until Dec. 8, an overhaul was unlikely as it would dent the SSM’s credibility, the sources said.
But they stressed the new rules already allow for flexibility as banks are allowed to deviate from the prescribed timelines if they can explain why, for example by showing they can recoup some of the money.