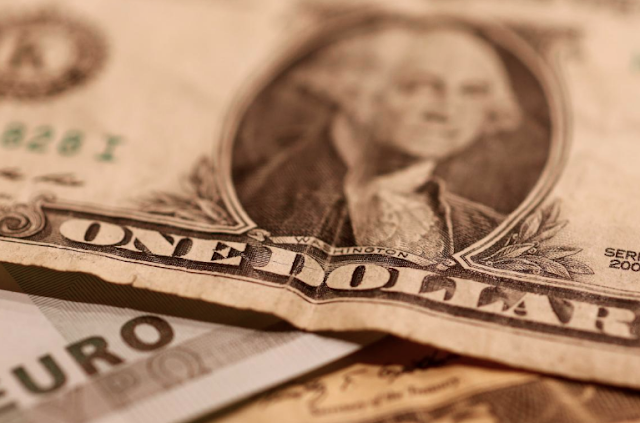 The dollar hit a two-week low versus a basket of currencies on Thursday, after minutes from the U.S. Federal Reserve’s latest meeting suggested some central bankers are still concerned about persistently low inflation.

The Fed minutes showed many policymakers still felt that another rate increase this year “was likely to be warranted” but several noted that additional tightening was dependent on upcoming inflation data.
“Many participants expressed concern that the low inflation readings this year might reflect... the influence of developments that could prove more persistent, and it was noted that some patience in removing policy accommodation while assessing trends in inflation was warranted,” the Fed said in its minutes.
“The FOMC minutes indicated that the board was still profoundly divided about the slow pick up in prices,” Stephen Innes, head of trading in Asia-Pacific at Oanda, said in a note.
“As always, the Fed will continue to watch the data as we move into December,” he wrote.
The dollar index, which measures the greenback’s value against a basket of six major currencies, slipped to as low as 92.839 on Thursday, its lowest level since Sept. 26. It was last down 0.2 percent at 92.877.
U.S. producer price data on Thursday and consumer price data on Friday will be the next focus, after the U.S. jobs figures last week showed a rise in wages that boosted expectations that inflation is increasing.

Against the yen, the dollar slipped 0.1 percent to 112.38 yen, but remained above Wednesday’s intraday low of 112.08 yen.
Analysts said the dollar had found some support against the yen on Wednesday, after a survey published by the Nikkei business daily showed that Japanese Prime Minister Shinzo Abe’s ruling bloc could come close to keeping its two-thirds “super” majority in an Oct. 22 lower house election.
The Nikkei poll suggested that Abe could solidify his grip on power, defying some predictions that the ruling bloc may suffer substantial losses in the election.
Such an electoral outcome would suggest a continuation of Abe’s reflationary economic policies, said Heng Koon How, head of markets strategy for United Overseas Bank in Singapore.
“It means that the Bank of Japan’s quantitative easing will continue, that will keep the yen on balance weak and so it supports dollar/yen,” Heng said.
The euro touched its highest in more than two weeks at $1.1876, and was last up 0.1 percent on the day at $1.1872.
The euro found support this week, after Catalonia stopped short of formally declaring independence from Spain.
Spanish Prime Minister Mariano Rajoy on Wednesday gave the Catalan government eight days to drop an independence bid, failing which he would suspend the Catalonia’s political autonomy and rule the region directly.
The single currency was also supported by expectations thatthe European Central Bank would announce at its policy meeting later this month that it would wind back its 2.3 trillion eurobond-buying programme.